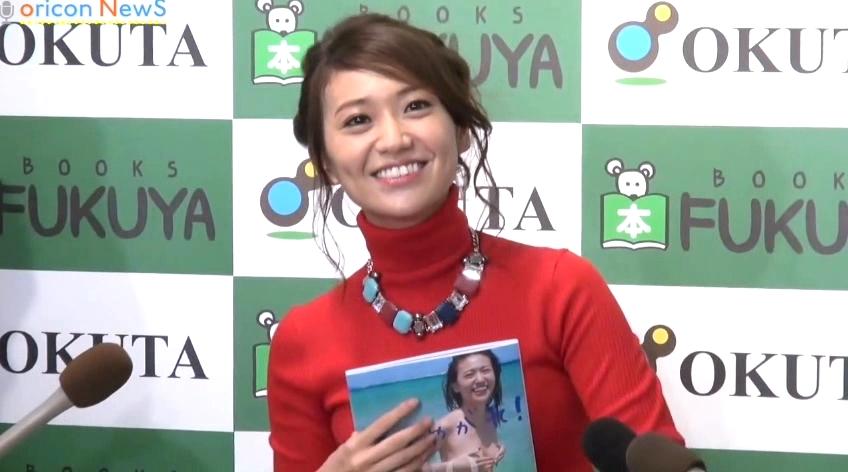 On the 24th of September, before the launch  party of her first photo book since her graduation ‘Take it the hell off!’, actress Yuko Oshima responded to questions from the press.

With extreme photos such as going bra-less using just her hands to cover her breasts becoming a hot topic, when asked about her level of satisfaction with it she stated with displeasure;

“Arioyshi (Hiroiki, comedian) said that out of 5 points he gives it a 3.8. He said the best shots were where you couldn’t see my face. Wouldn’t that mean it would still be okay if it wasn’t me?”

The photo book was shot in Ibiza where many others on the nudist beach were part naked which helped to influence her. Yuko herself was 100% satisfied with the photos but stated ‘Next photo book I won’t get out my body’. However she has no resistance to stripping in acting roles if the scene calls for it. 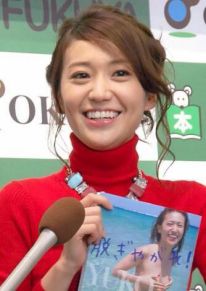 Yuko was also asked about her love life since her dating ban has now been lifted and declared “I have no boyfriend right now. I’m searching for one wondering if there are any good people around. But the older girls often tell me that it is bad to look and that I should just relax instead.”

She also stated that her ideal type is “like a father”.