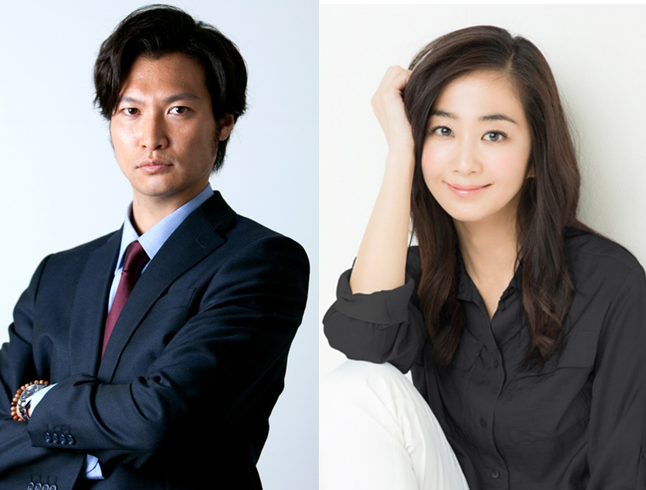 Yuka (35) and Munetaka Aoki (36) announced on the 13th June that they are planning to marry. The actors met on the set of NHK historical drama ‘Chikaemon’ in October last year and start dating right after the shooting ended. The couple didn’t reveal any date for the ceremony yet.

Yuka is active in many fields – as a model, actress and TV personality. Most recently she could be seen in TV drama ‘Himura Hideo no Suiri’ as a police officer cooperating with two protagonists. Aoki, on the other hand is on the roll – the audience loved his performance as Sanosuke Sagara in the big screen adaptation of ‘Rurouni Kenshin’ and has been appearing in lots of hit movies ever since. This season he was the member of the cast of MatsuJun-lead drama ‘99,9%’.

The couple shared a picture they caught together and shared their handwritten announcement on their managements’ websites. 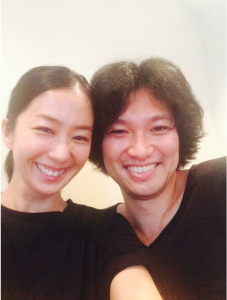 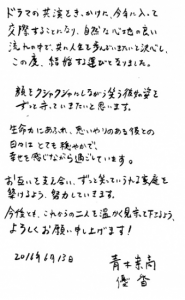 Friends of the couple shared their congratulations through social media including Masakazu Mimura from o-warai group Summers, who is co-hosting a TV show with Yuka and actress Shihori Kanjiya, who worked together with Aoki on the asadora ‘Chiritotechin’ back in 2007. Mimura wrote on his Twitter account: I’ve known Yuka since she was 17 and I was seeing her grow almost as a real daughter! And now she is getting ma-ma-married!!! Congratulations! Soon you’ll be someone’s wife. So it’s probably the last photo of still single Yuka and myself.