Baseball player Yu Darvish revealed on Twitter that he’s currently dating professional Wrestler Seiko Yamamoto . He simply tweeted a photo of the two of them smiling in an embrace with the caption “The two of us had a discussion about this, and decided to date openly. Please support us!”

Yu is currently a starting pitcher for the Texas Rangers and Seiko is a four-time world wrestling champion who now helps coach the United States national wrestling team. Yu previously had an extremely public relationship with actress and talent Saeko, the two were constantly in the tabloids after their “shotgun wedding” in 2007. They have two sons together and divorced in 2012. Seiko also has a son from a previous marriage.

Pictures of the new happy couple can be seen below! 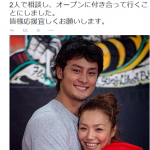 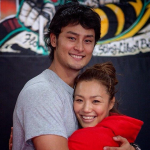 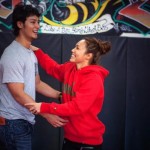