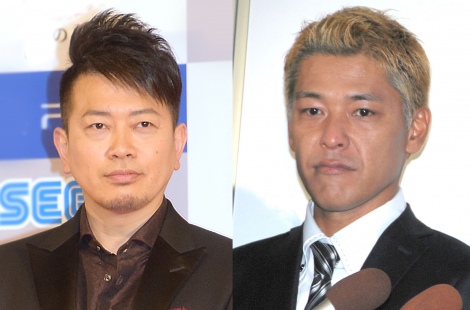 Major talent agency Yoshimoto Kogyo has suspended 11 of its comedians for participating in “underground business” and attending a party held by an antisocial organization without consulting the company. It has determined that the comedians have accepted payment for their attendance after previously claiming they never received money.

In a scoop by FRIDAY earlier this month, it was reported that Hiroyuki Miyasako and the other comedians attended a year end party held 5 years ago and hosted by a group allegedly involved in money transfer fraud.

Shinya Irie, a member of the comedy duo Karateka, was earlier dismissed from the agency for arranging the attendance of the comedians at the party.  They claimed that they were not aware the party was hosted by an antisocial group and that no money was received. However, upon further investigation by the agency, it was concluded that they had in fact accepted payment.

Miyasako apologizes “I deeply regret accepting the money, even if it was indirectly.”

Yoshimoto also apologizes and emphasizes that it was the first time they learned from the report that the other party is an antisocial organization and that there is no fact that they are connected.