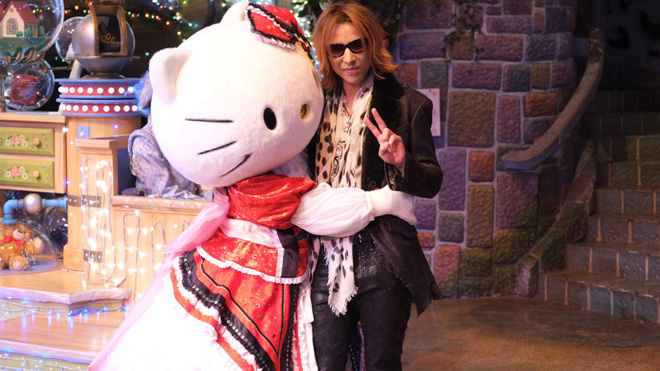 Yoshiki’s love for Hello Kitty has been well documented. Earlier this month he debuted the official Hello Kitty theme song “Hello Hello” at the first Hello Kitty convention, and in 2009 he was turned into his own Hello Kitty character “Yoshikitty”. Yoshiki rode on top a beautiful float with Kitty, took some selfies, and then held an interview after. Yoshiki revealed that the EDM inspired sound behind “Hello Hello” was inspired by David Guetta and ZEDD. Plans for releasing “Hello Hello” in various other languages and genres are in the works too. The reason for this is so that Hello Kitty fans of all walks of life can enjoy her universal message of love and friendship.

Talk of X-Japan‘s long awaited new album was also mentioned. The band is currently touching up songs they’re unsatisfied with and is aiming to complete the album by April next year. 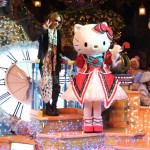 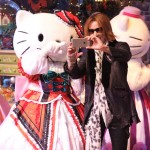 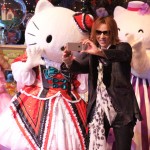 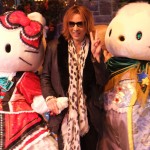 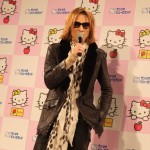 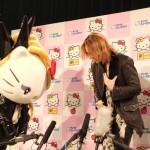 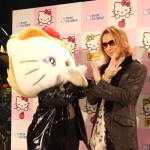