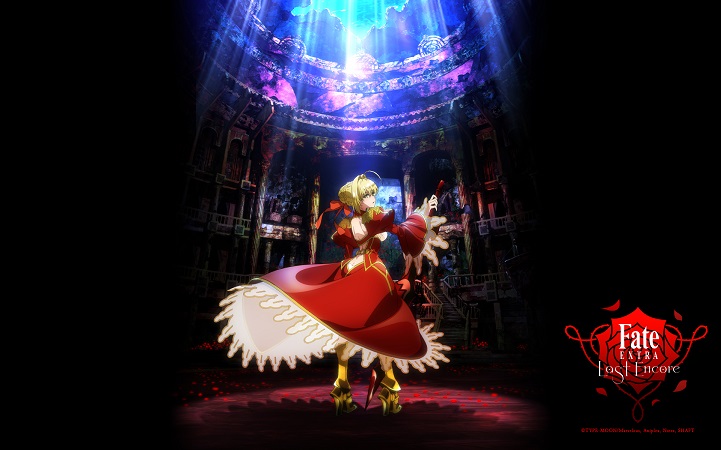 Fans of Kinoko Nasu’s Fate series should once again rejoice as Fate/Extra, the 2010 video game spin-off of the franchise, is being adapted into a TV anime. The adaptation is announced to be named Fate/Extra Last Encore by the Fate Project panel at AnimeJapan 2016 last Saturday, and is slated for a 2017 release.

The credits for the project so far revealed that Fate/Extra Last Encore will be produced by Studio Shaft (Nisekoi, Puella Magi Madoka Magica, Monogatari Series) with Kinoko Nasu on the series composition. Marvelous inc., who developed the original Fate/Extra PSP game and Aruko Wada, the original character designer for that game are credited accordingly.

Fate/Extra is set on a alternate universe of the main continuity in Fate/Stay Night. The events took place in Tsukumihara Academy, a fictional school existing within an artificial environment called the Moon Cell. There, the Moon Cell orchestrates a replication of the Holy Grail War that pits 7 servants against each other with the wish-granting Holy Grail as a reward. The main character of the story is Hakuno Kishinami, master of Nero, the red Saber-class servant pictured above.

Between this anime adaptation, the Fate/Stay Night: Heaven’s Feel movie (which will be split into 3 parts, the first one coming in 2017) and the PS4/PS Vita spin-off Fate/Extella, the entire Fate franchise will certainly be busy for the next few years. Check out the trailer for Last Encore below!