[modelpress Feb. 21st] Model Rola appeared on variety TV show “Sanma no Manma,” hosted by Sanma Akashiya, on the 21st (Fuji Terebi, every week from 1:00PM JST *Broadcasted on Kansai Terebi  on the 13th from 1:56PM JST). Asked when she would like to get married, Rola answered “31 or 32.” She went on to say she wants to focus on her work, so she isn’t thinking about marriage now.

More details about the episode after the jump! 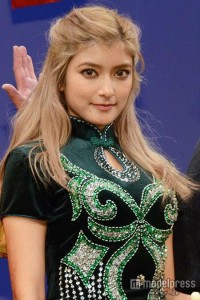 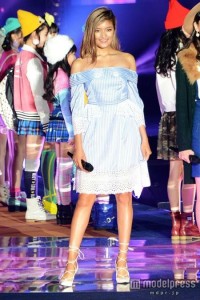 When will she marry?

Rola appeared perviously on the show 4 years ago, but she hasn’t changed a bit. Sanma couldn’t win against her carefree “Rola-ness.”

Sanma didn’t seem to believe it, asking “You say that, but really you’ll probably get married soon, won’t you?” Rola denied, “No, that’s not true!” She said that work is fun now, emphasizing that she isn’t thinking about marriage any time soon.

Inside stories from the Resident Evil movie, too

Additionally, she talked about her 3 week vacation in the beginning of this year by herself to Ireland, Los Angeles, and Mexico. She also shared inside stories from shooting Resident Evil: The Final Chapter* (planned release date: Jan. 2017).

She stated she became close with her co-stars on the set of the movie, and they were always joking with each other. Her co-stars said the unique model was like “a comedian,” and she revealed they recommended she make her debut on American variety TV shows, too. (via modelpress)

*The Japanese working title is Biohazard VI: The Final Chapter.