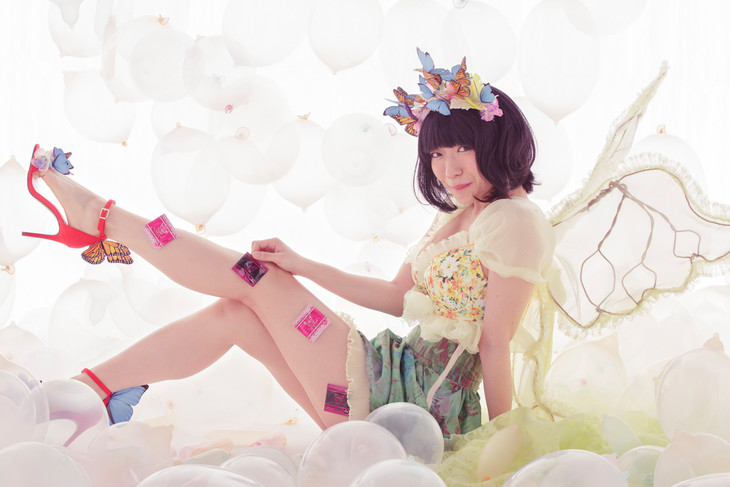 The delightfully weird and blatantly sexual Paipaidekami has released two bizarre tunes recently- both with the same message- to practice safe sex. The two songs “Love Katsu☆Non Non Ready Go” (an original) and “Love Katsu☆ Heart Kyururi” (a Michyo Honda cover) tie in with Paipaidekami’s current main gig- as the spokeswoman for the condom brand “Glamorous Butterfly” (and who more appropriate, really?), and they’re both as insane and delightfully trashy (in the best way possible) as you’d expect. Watch the two videos below the gap!

Love Katsu☆Non Non Ready Go is the main song used for the condom campaign- and is quite interesting that it takes the idea of proper condom use to the female perspective. It emphasizes the point that it’s both the male and female’s responsibility, and that it should not be taken lightly. Watch the video here:

Love Katsu☆ Heart Kyururi is, as mentioned above, a Michyo Honda cover- the original was released in 2013. This video is more an instructional one- showing the viewer how to use condoms safely and responsibly, all while keeping it fun and entertaining. Watch the video here:

While obviously, Paipaidekami and her weird take on J-pop is not going to appeal to everyone, it’s still one of the weirdest and most interesting tie ins to come along in a while.

Those inclined, you can visit the “Love Katsu” special page outlining the campaigns purpose and see more of Paipaidekami promoting the Glamorous Butterfly line of condoms here