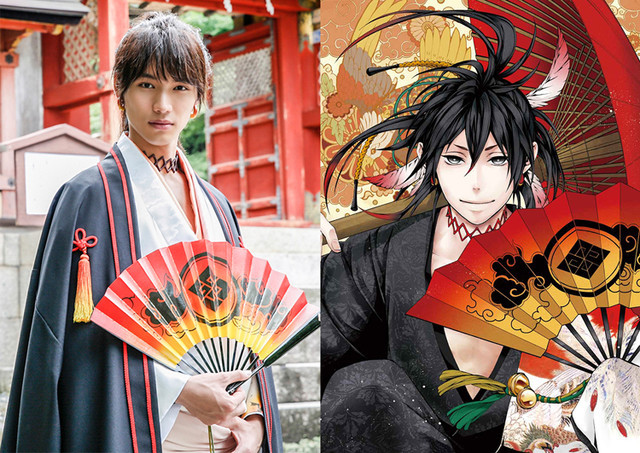 Kemuri Karakara’s Donten ni Warau (Laughing Under the Clouds) manga will be getting a live action. The official website and twitter account is up and it was announced that Sota Fukushi will play the protagonist Tenka Kumo, the eldest of the three Kumo brothers. This will be Fukushi’s first period film.  The released visual for the movie features the actor as Tenka Kumo.

Katsuyuki Motohiro (Psycho-Pass) is directing the film, and Yuuya Takahashi (Laughing Under the Clouds, Lupin the Third, Luck & Logic) is penning the script. The movie will be released in 2017.

The story of Laughing Under the Clouds takes place in the 11th year of the Meiji era. The number of people in Japan who feel dissatisfaction toward the government are increasing due to the increasing speed of Westernization and the ban on samurai. In order to curb the increased rate of crime, the government opens a new prison. The three brothers of the Kumo family are entrusted with the duty of transporting these criminals to the new prison, but adventures await them on the way.