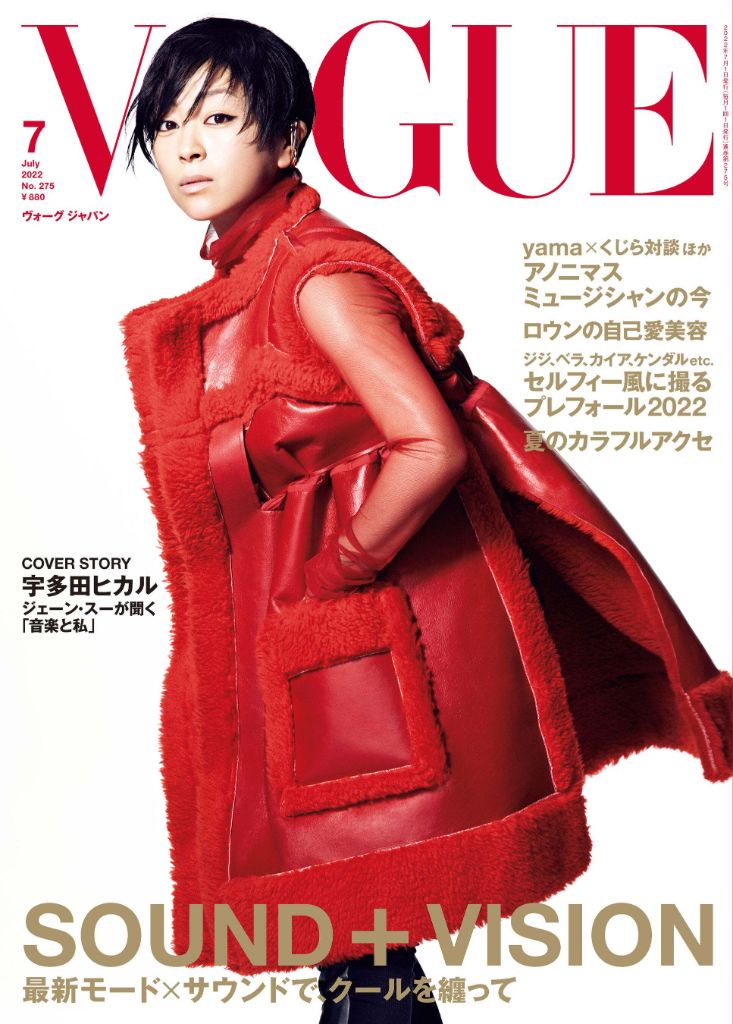 Utada Hikaru will be the cover star of the July issue of Vogue Japan! The issue, out June 1, marks the first time they have appeared on the cover of the magazine.

The cover and accompanying photoshoot was shot in Utada’s current home, London. The interview was conducted remotely by Jane Su. In the interview, Utada discusses a variety of topics, including their recent album “BAD Mode” and their appearance at Coachella.

Utada also delved into some things that they normally don’t talk about, including their move to London to find a way to actually live, the death of their mother, the birth of their son, and their therapy sessions.

Check out more of the photoshoot and behind the scenes footage from it below!