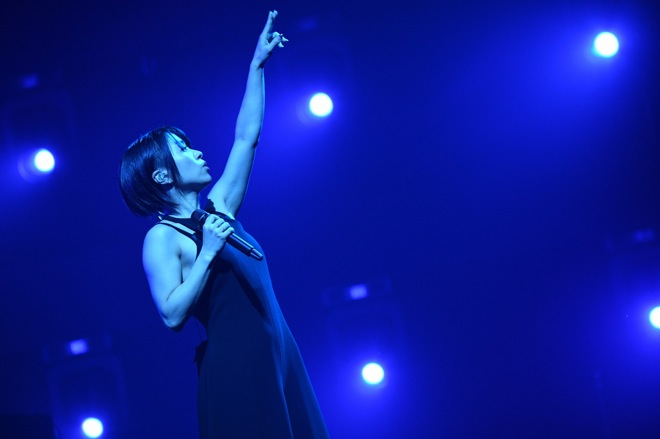 Utada Hikaru has announced “Laughter in the Dark 2018” Tour will be available on DVD and Blu-Ray, as well as digitally via iTunes, on pay-per-view BS Sky Perfect TV,and on subscription streaming service Netflix.

The 13-date sold-out tour began in Yokohama and ended in Chiba in late 2018. It was her first concert in Japan in 8 years, and first concert tour in the country in 12 years. The concert was filmed on its final day at Makuhari Messe.

The tour was broadcast in January on BS Sky Perfect! and in March on Music ON! TV along with a documentary showing the behind the scenes of the tour and production process.

All versions will be available on June 26th:

Check out the trailer below:

It’s not clear if the digital releases be available outside of Japan.