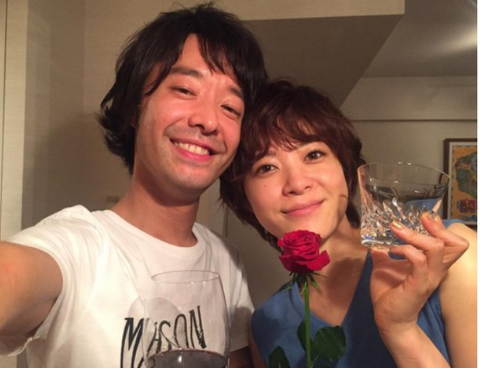 Actress Ueno Juri (30) and TRICERATOPS’ Wada Sho (40) have officially tied the knot. This has been reported by their respective companies today, May 26.

They comment: Wada Sho and Ueno Juri has decided to get married. To these people, it was very expected. While both of them support each other, they will be moving forward together for the future.

At the same day, Ueno Juri posted on her Instagram account with the caption, “Today, I got married to Wada-san!” The fans congratulated the actress and sent their congratulatory messages by commenting on the said post.

Ueno comments: To everyone, I am very happy. From now on, whatever happens, I will still continue to do my best. Life is something that I need to set by myself. We have a lot of experiences and I think that every point was able to be connected now. With a wonderful partner, I would like to live this life with joy. Please continue supporting me from now on.

According to the fax, the two started to date around autumn of last year. They registered their marriage on the 26th. The wedding reception is still being planned and there is no announcement for a marriage conference.

News about the two of them dating surfaced this spring and both companies only commented that their private lives will remain private and everything will be up to them. There wasn’t any confirmation.

Ueno starred in various dramas such as Last Friends and Nodame Cantabile. She won an award for her performance in the movie, Swing Girls.

Wada Sho had his major debut as TRICERATOPS in 1999. His father, Wada Makoto is an illustrator while his mother is a cooking expert.

Best wishes to the couple!