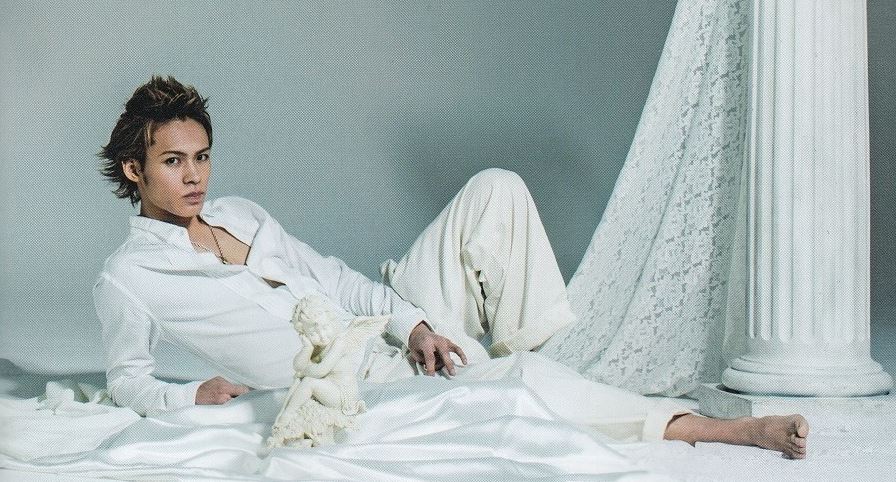 Last September 3rd, KAT-TUN’s Ueda Tatsuya (32) has appeared in the special episode of TBS’ “Honoo no Taiiku kai TV”. In one of the segments, he told his opponent who is a part of Johnny’s Jr., “I don’t think of anything except KAT-TUN”. He has said this in tears after all the departures of the used-to-be 6-member group. 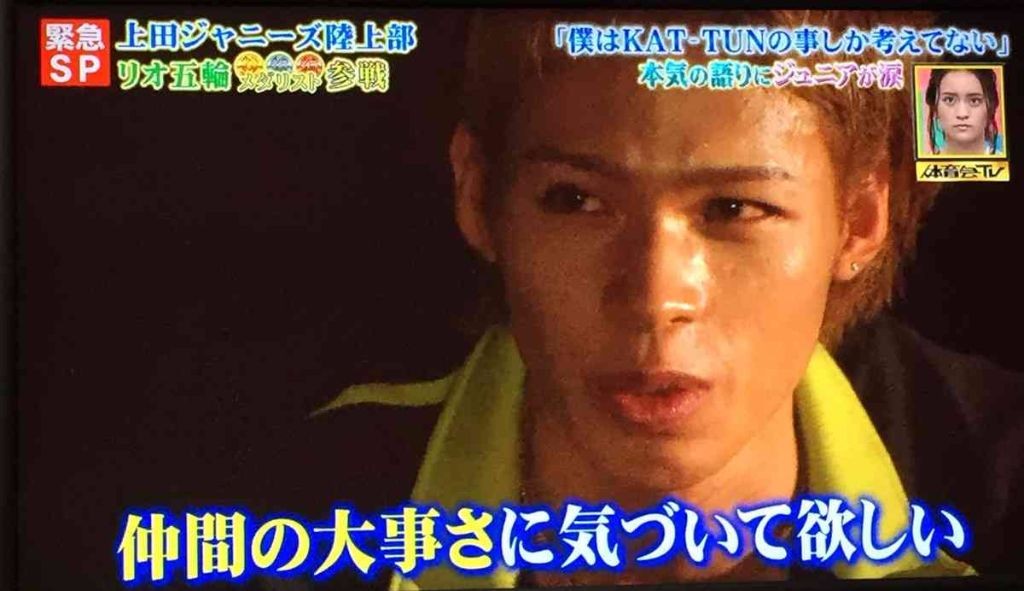 Supervising the Johnny’s Jr. in that segment, he has talked about his feelings in the camp. He conveyed his gratitude to the members saying, “It’s something that can be said now.”

When the group was formed, he looked back, “At first, I strongly saw them as my rivals whom I should defeat. Whenever we were together, we often fought. I used to fight with everyone in KAT-TUN.”

“However, for more than ten years, we have become like comrades who have been together. We were the group who tried to compensate.” When there were members who were withdrawing from the group, we honestly thought, “We’re done.” However, we had our resolve, “The most important thing is our fans’ support and we cannot afford to betray them.” Knowing the importance of friendship, “We were able to appreciate each other for three times.”

As the current members has entered another period of change, “Ever since we started to fall apart, we were able to appreciate each other. Kamenashi and Nakamaru are doing their best. So, I realized that I have to do my best, too. This is because I don’t think of anything except KAT-TUN.”

In tears, he conveyed to the Jrs., “You should learn to appreciate and the importance of your members at an early stage.” The Juniors who have listened to his experiences were in tears as well.

The netizens from girlschannel who have watched this shared various reactions to this episode. There were people who have admired him while the others have reacted towards the person who has departed and recently announced a solo single release, Taguchi Juunosuke.

You can watch the full episode below: