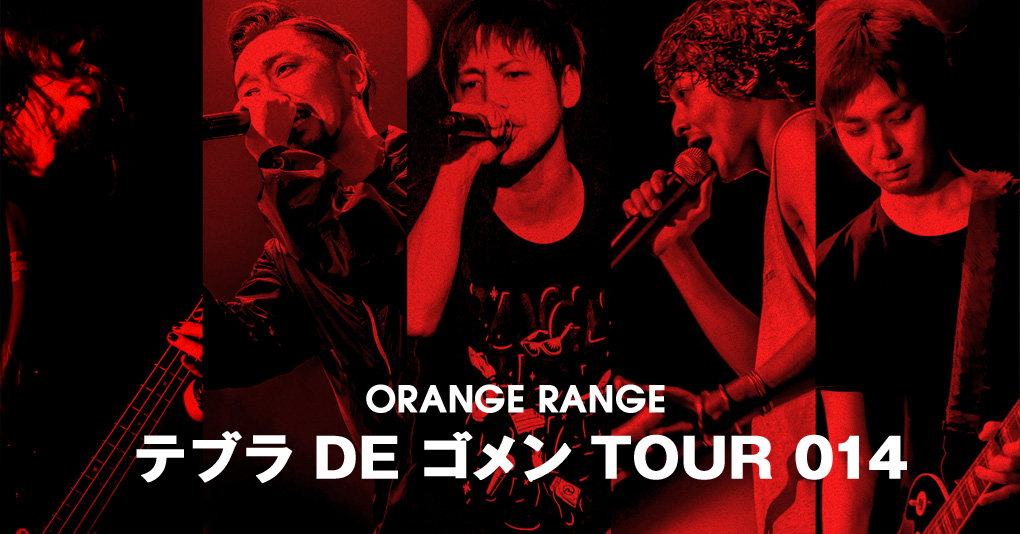 ORANGE RANGE is back with two unreleased songs!

In the days leading up to the start of their “Tebura De Gomen Tour 014”,  the band has shared two videos of new songs live from the studio.  The first track, “Ma Girete”, is a funky ska-influenced jam and the second, “JIN JIN”, is a slamming hard-rock anthem.

Keep an eye out for the band performing these tracks live on tour and check out the tracks below!

“‘Tebura De Gomen Tour’! We’re touring even though we haven’t released anything… Is there anyone who would seriously go without releasing anything?”

“We really are sorry, but we aren’t actually empty-handed! We don’t have a release, but we have a new song we’d like to play on this tour!

”Actually, “Ma Girete” isn’t our only new song. There’s no way we would only release one new song. We actually have another new song to share. “