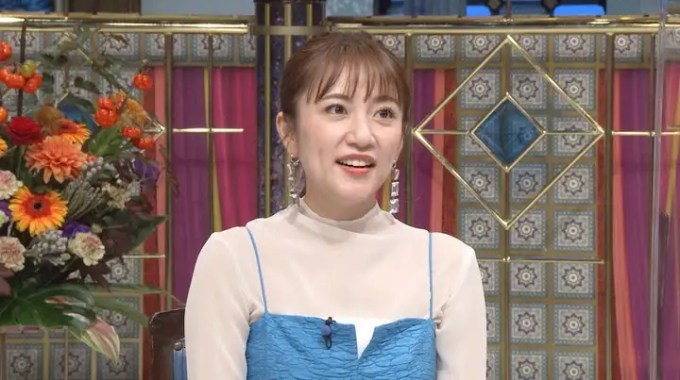 Former AKB48 member Minami Takahashi appeared on the NTV variety show “Odoru! Sanma Hoden!!” on October 12, and she had some things to say about her husband who is 15 years older than her.

Minami married her husband, a man who works for an IT company, on May 1, 2019, the first day of the Reiwa era.

When she asked him if he brushed his teeth when he returned to the living room, he lied and said that he had. This caused the show’s studio to burst out in laughter.

Minami has said “toothpaste” and “go to the dentist” repeatedly to her husband, to no avail. He now has several cavities.

About three months ago, he would groan with pain about not being able to sleep due to the advanced state of his tooth decay. Minami confessed, “I kiss him because we’re married, but I really don’t like it anymore!!”

Minami never had a cavity before, but recently discovered that she has one, which really upset her.