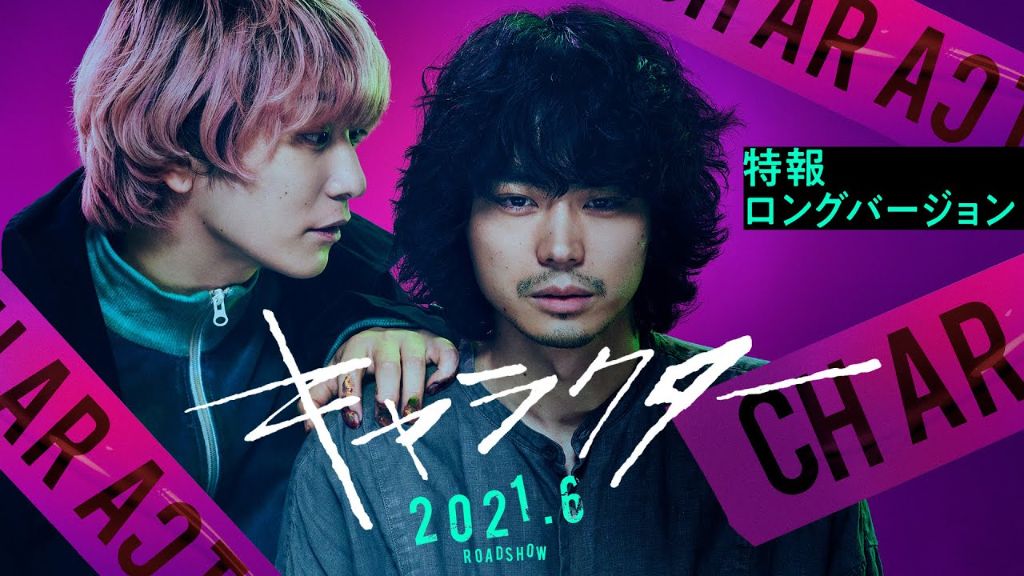 The very first trailer for the highly anticipated film “Character” has been released, starring Masaki Suda and Sekai no Owari vocalist Fukase in his debut acting role. Along with the trailer, three new characters have been announced for supporting roles.

Shun Oguri will be playing the role of Shunsuke Seida, a detective trying to solve a mysterious murder. Mitsuki Takahata plays Natsumi Kawase who is the girlfriend of Keigo Yamashiro (Masaki Suda), and rounding out the cast is Shido Nakamura who plays Shunsuke’s boss.

“Character” follows an aspiring manga artist named Keigo Yamashiro who dreams of making it big. Yamashiro is extremely talented, but what holds him back is his inability to create any villains due to his overtly cheerful personality.

Stuck as an assistant to a manga writer, one day Yamashiro receives an assignment from his boss to visit a home and sketch the family living there. When Yamashiro arrives at the house he finds all four family members dead, and a mysterious man (Fukase). Startled by the incident, the unknown man makes his escape and Yamashiro calls the cops.

Yamashiro tells cops he didn’t see anything, but uses the mysterious man as inspiration for his own manga series called “34“. It turns into a huge hit, but murders very similar to those in the manga soon begin to happen in real life.