It has been announced that SEXY ZONE member Kento Nakajima will be starring in the live-action film adaptation of “The Anthem of the Heart”. The animated version of the film was originally released in August 2015. Kento will be playing the role of “Takumi Sakagami”, one of the main characters.  Kyoko Yoshine, E-girls member Anna Ishii, and Kanichiro round out the main cast.

This is Kenta Nakajima’s fourth starring role in a film, his last film project was another live-action adaption of the successful managa series “Kurosaki-kun no Iinari ni Nante Naranai”. This will also be the acting debut for Kanichiro, who is the son of actor Sato Koichi.

The plot of “The Anthem of the Heart” follows Jun Naruse (Kyoko Yoshine), who carries the guilt of breaking up her family due to something she carelessly said as a child. An “Egg Fairy” appears in front of Jun and curses her, so that she can never heard people with her words ever again. Jun loses her ability to speak, every time she tries she feels a sharp pain in her stomach. Due to this Jun hides all her feelings deep inside her heart, resorting to e-mail and texts as her sole means of communication.

During her second year of high school, Jun’s homeroom teacher appoints Jun and three other students to join a club called the “Regional Friendship Exchange Executive Committee”, the other three members all turn out to suffer from their own personal issues just like Jun. Takumi Sakagami (Kento Nakajima) is a burnout who can never speak his true intentions. Daiki Tasaki (Kanichiro) is a former baseball team ace who ruined his run at the championships due to an injury. Lastly, Natsuki Nito (Anna Ishii) is a cheerleader and honor student who is anxious about her love life.  All of them help each other overcome their issues.

The film will hit Japanese theaters on July 22nd, 2017. Another promo image from “The Anthem of the Heart” can be seen below. 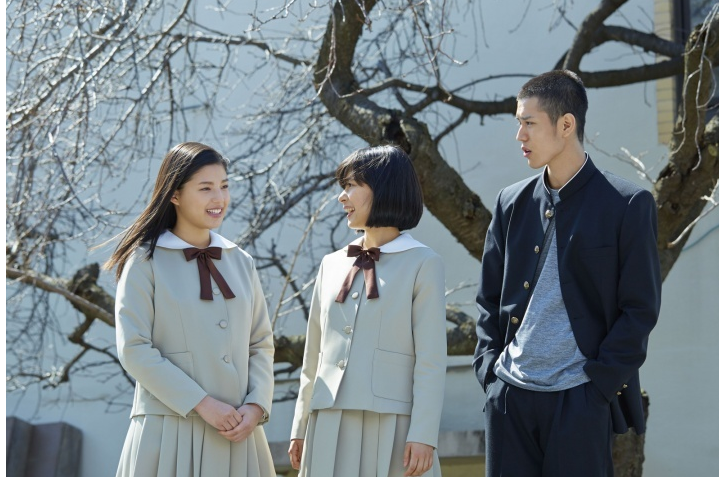