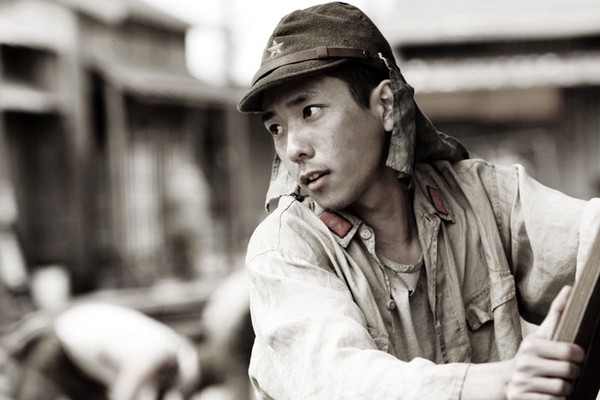 Arashi’s Ninomiya Kazunari visits for the first time Iwo Jima, one of the hard-fought areas during the Pacific War. The visit is part of NTV‘s 24 Hr TV~Love Saves the Earth~ and the network’s 70 years post-war special “Ninomiya Kazunari Goes to Iwo Jima”. The special will be broadcasted in Aug 22-23.

Ninomiya visited Iwo Jima this month for three to four days after obtaining special permission from the Ministry of Defense since the island is off-limits to the public. For Ninomiya, who played a Japanese soldier in Clint Eastwood’s Letters from Iwo Jima (taken from the Japanese viewpoint) in 2006, it is a special place. Shooting for the film was mostly done in the United States, so there was there was no opportunity to visit Iwo Jima.

Ninomiya thinks that it’s fate that brought him to the island, the actual site of the movie, and looks on at the famed Mount Suribachi.

As part of the post-war special, Ninomiya gets to interview one of the war veterans and survivor from the battle as well as a bereaved family of one soldier who chose to commit suicide than surrender.