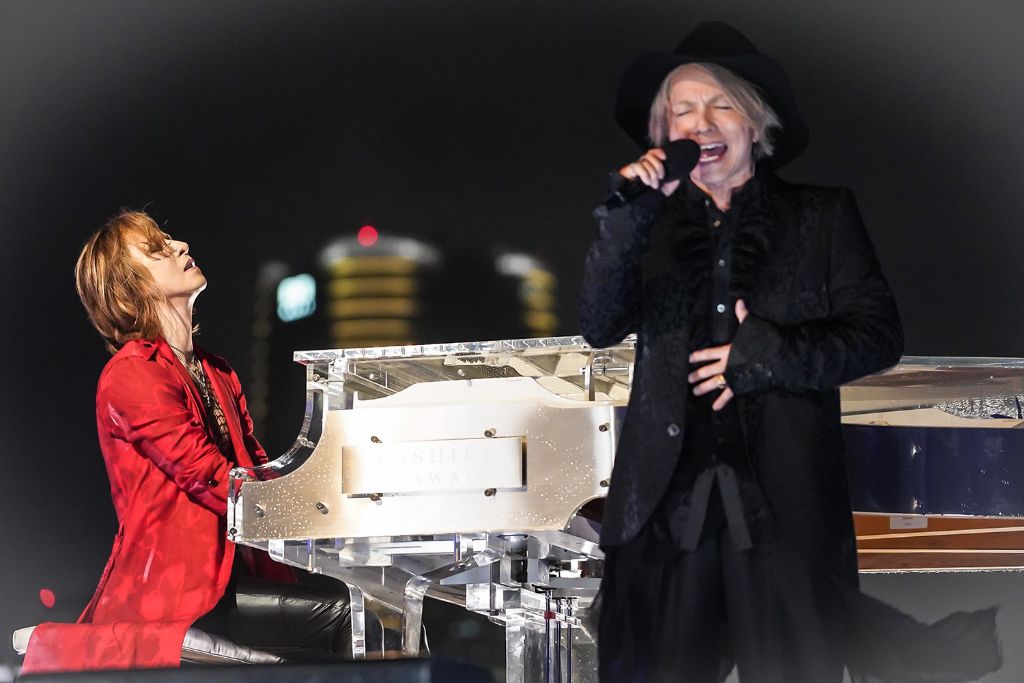 This is the very first time the two superstars have collaborated, YOSHIKI played on his famous crystal piano while HYDE provided vocals.

On YOSHIKI CHANNEL after the performance took place he commented that “During our rehearsals, the rain just kept falling throughout, but for it to stop so suddenly, the gods must have been listening.”

“Red Swan” had only been fully completed earlier in the month, and was created partially based on a section from X JAPAN’s hit song “Rusty Nail”. Speaking about the collaboration, YOSHIKI said “Creating a song that will break down walls, in more ways than one. That was my mission, in a manner of speaking. I never thought I’d actually accept it though!”

“Nobody can turn down a request from YOSHIKI,” HYDE commented, laughing, “but seriously I was truly delighted to join this collaboration.” He also mentioned that he’s been listening to the final version of “Red Swan” quite often. 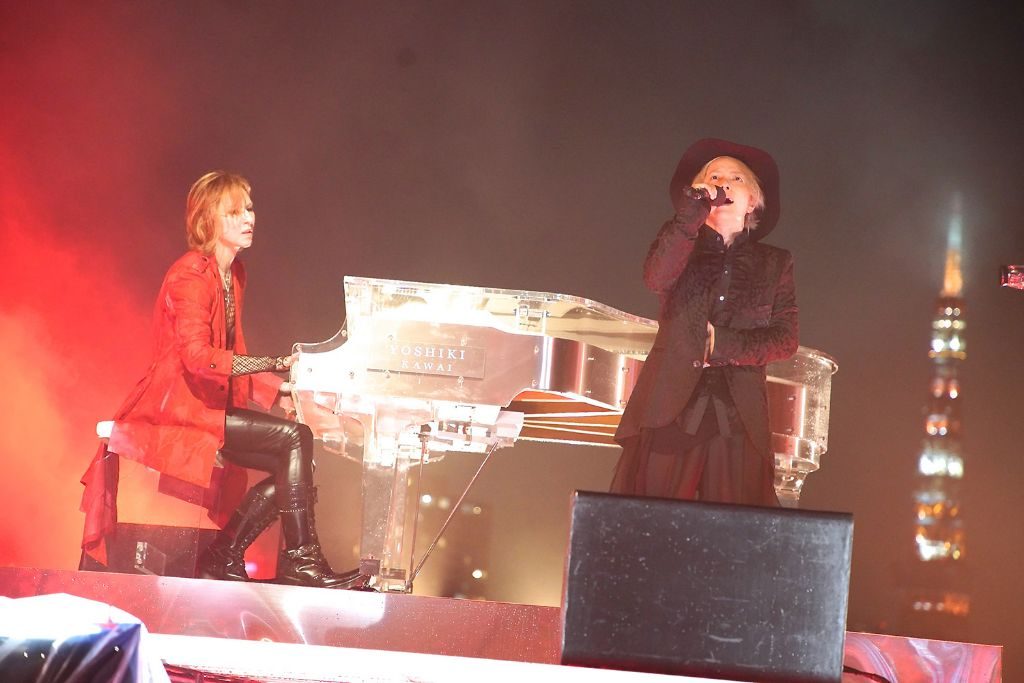 The two originally became friends many years ago, once the broadcast was complete YOSHIKI gave HYDE a special message:

“Thank you so much for this collaboration. Ten, twenty years ago I could never have imagined this kind of collaboration between members of different bands was possible. I’m really happy that we were able inspire each other to move forward. It’s also served as motivation as X JAPAN moves forward.” 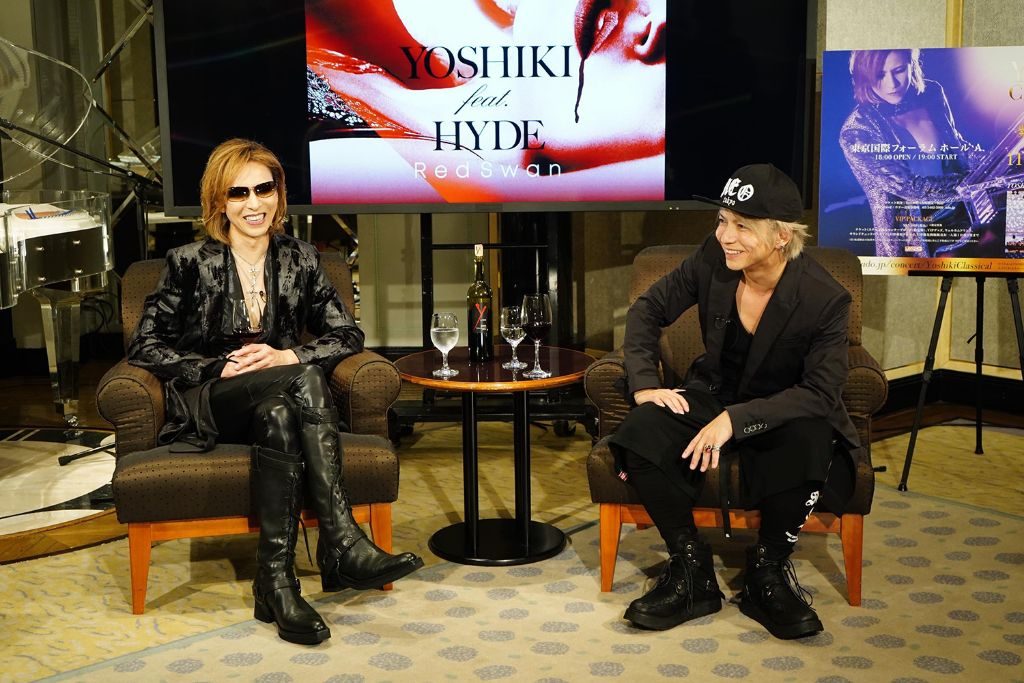