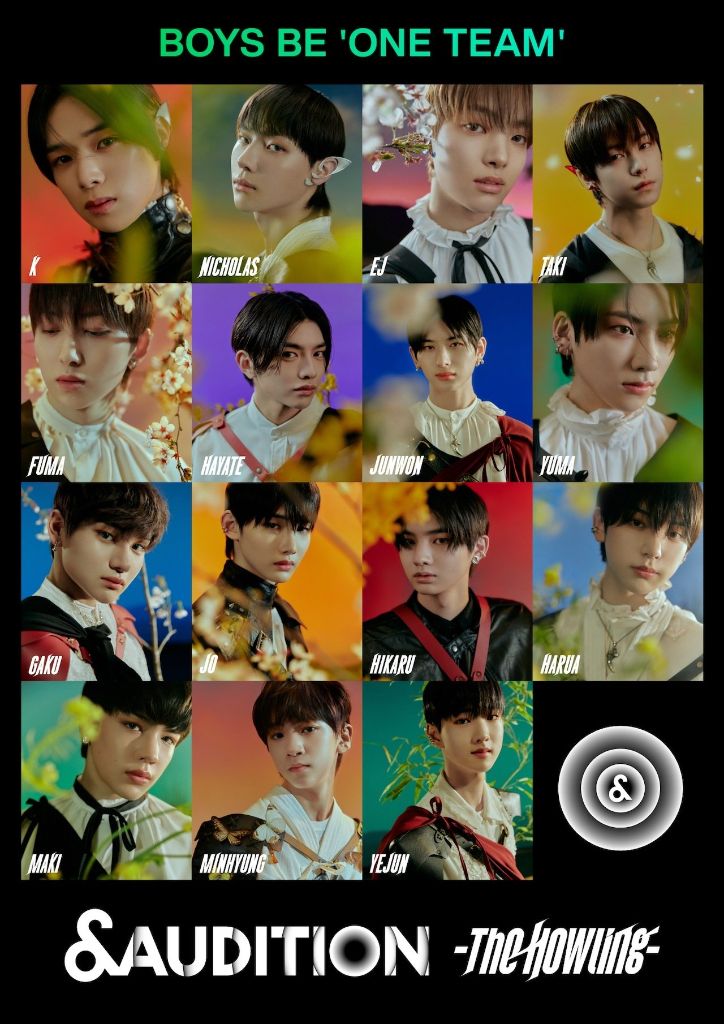 HYBE LABELS JAPAN, the Japanese branch of HYBE, the company behind BTS, is looking to create a boyband in Japan that will debut on the world stage. They will do this through their audition series “&AUDITION -The Howling-.” The eight episode series will debut on Hulu on July 9 at 1:30 PM JST as an hour long show, and then on NTV on July 14 at 12:59 AM JST as a 30 minute show.

This show is a continuation of the 2020 Korean survival series “I-LAND”, which created the KPop group ENHYPEN. Four of the trainees from that show (K, NICHOLAS, EJ, and TAKI) are already set to debut in the the new Japanese group. The show follows them and a new group of eleven trainees who are aiming to make it into the Japanese group.

Ahead of the show’s debut, a signal song has been released, “The Final Countdown.” Check out its music video and the “&AUDITION -The Howling-” contestants below!