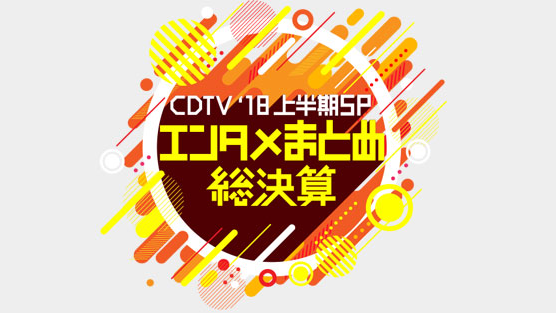 On June 28, CDTV will air its mid-year special, “CDTV ’18 Jo Hanki SP Entame Matome Sou Kessan.” The show will start at 8 PM JST and end at 11:07 PM JST. The show will be hosted by Azumi Shinichiro, with a panel consisting of Yasei Bakudan’s Cookie, Mitz Mangrove, and Mori Masako.

The show will features of a number of topics being discussed. Utada Hikaru and B’z both celebrating major anniversary is one topic, as is the rise of Yonezu Kenshi, King & Prince, and Keyakizaka46. There will also be a segment dedicated to the rising foreign acts TWICE and Bodan Shonen Dan. Other topics will include Namie Amuro’s final tour, Oginome Yoko’s “Dancing Hero (Eat You Up)”, and the return of Eurobeat, courtesy of the DA PUMP.

Speaking of DA PUMP, they will be performing on the show, along with the likes of Nogizaka46 and GENERATIONS. See who else is performing below!