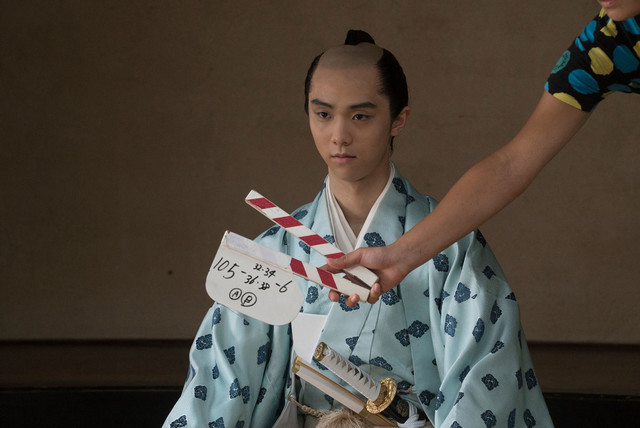 “Tono, Risoku de Gozaru!” is based on the story “Kokudaya Juzaburo” from Isoda Michifumi’s 2012 novel “Mushi no Nihonjin.” It’s an Edo period drama in which a group of villagers try to save their struggling village which is burdened by high land tax and forced labor. They do this by lending large amounts of money to samurai estates and then distributing the resulting interest to the villagers.

Yuzuru plays a lord from Sendai named Date Shigemura. He is sympathetic to the people he rules over. The producer of the film asked Yuzuru to play the role since he is from Sendai. Yuzuru was nervous, but looked at the role as a learning experience that will help him in his skating. The cast was surprised to learn that he would be in the movie. Abe Sadao said that he was surprised at how well Yuzuru handled his role.