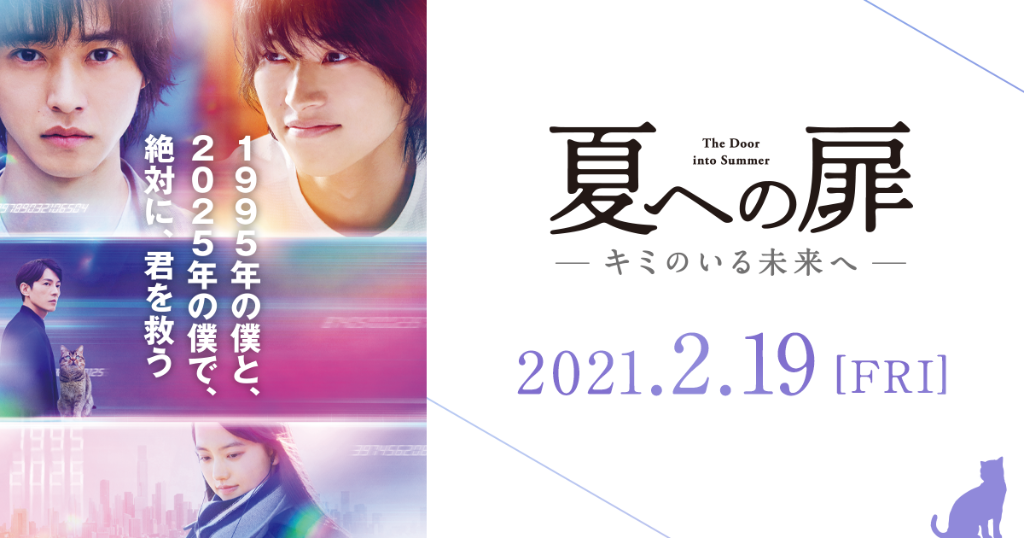 The trailer for the upcoming film “Natsu e no Tobira: Kimi no Iru Mirai e” has been released! The film is based off of the classic 1957 novel “The Door into Summer” by Robert A. Heinlein. Kento Yamazaki and Kaya Kiyohara will be starring in the lead roles.

The film adaptation version will take place in 1995. Soichiro Takahura (Yamazaki) is a genius scientist who is currently working on developing a robot. The key to completing the development of the robot is a special plasma battery which Takahura is on the breakthrough of perfecting. The inspiration for completing this robot is to honor the dream of Matsushita, a close friend of Takahura’s father.

Takahura’s fiancé also just happens to be Matsushita’s daughter Riko (Kiyohara). Things take a turn for the worse when Takahura’s research is stolen by his business partner and Riko. At his wits end Takahura decides to go inside of a “cold sleep” machine, hoping that he wakes up to a better future. When Takahura wakes up be finds himself in the year 2025.

“Natsu e no Tobira: Kimi no Iru Mirai e” will be released nationwide in Japan on Feburary 21st, 2020.