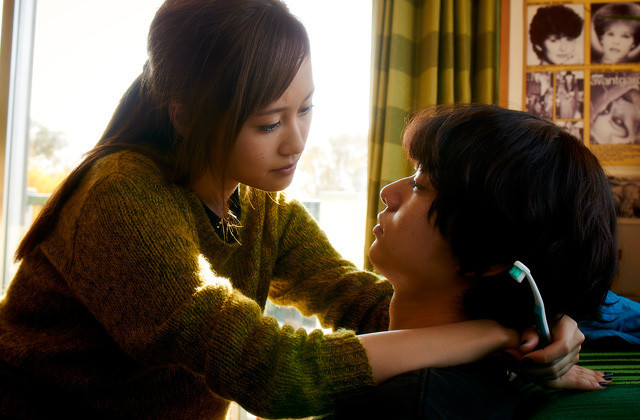 Trailer has been released for the Ryuichi Hiroki’s “Kabukicho Love Hotel”. The movie premiered at the Toronto International Film Festival on September 7, 2014 and will be released in Japan on January 24, 2015. The movie is rated R15+ for its theme and several steamy scenes.

Shota Sometani and Atsuko Maeda play a couple in Kabukicho, Tokyo who are experiencing a lull in their relationship.

Over the span of a single day and night, the lives of five people intersect at a love hotel in Tokyo’s red light district of Kabukicho. Meanwhile, the hotel’s manager Toru (Sometani) and his aspiring musician girlfriend Saya (Maeda) experience a lull in their relationship.

Additional co-stars include Kaho Minami as a veteran cleaning lady at the hotel, Yutaka Matsushige as her husband who is a wanted man in hiding until the statute of limitations on his crime runs out, Nao Omori as a music producer, Jun Murakami as an office worker who spends an exorbitant amount of money on sex workers, Shugo Oshinari as a sex worker scout, and Tomorowo Taguchi as a call girl business manager.