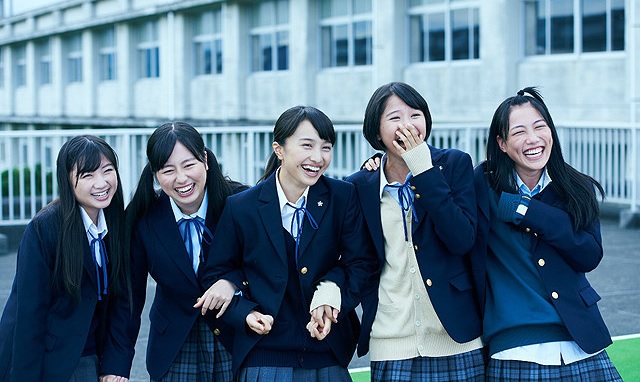 It was announced that Momoiro Clover Z are cast as leads for Oriza Hirata’s “Maku ga Agaru” (The Curtain Rises) movie and stage play adaptation. For both the movie and stage play, Katsuyuki Motohiro will be directing. Kohei Kiyasu is in charge of the screenplay. Shooting started from August 22 and finished last October 8. The movie has currently entered the post-production work and is scheduled for release on February 28, 2015. The Stage version will be performed in May 2015.

The movie tells of a small drama club in highschool, depicting the girls’ struggles and challenges in aiming for the national tournament.

Saori (Kanako Momota) is a high school student at a provincial city. She is a member of playgroup at her school. Yoshioka (Haru Kuroki) begins to work at the same high school as a new teacher. Yoshioka performed in plays when she was in college back in Tokyo. Saori, Yukko (Shiori Tamai), Garuru (Reni Takagi), Nakanishi (Momoka Ariyasu), Akemi (Ayaka Sasaki) decides to compete in a play competition. Their goal is to make it through the regional competitions, but Teacher Yoshioka tells them they are aiming low and that they should think about the national competition. 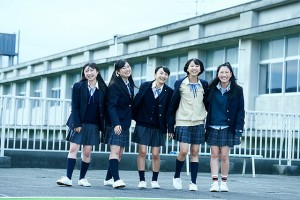 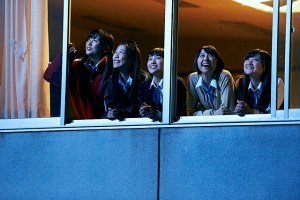 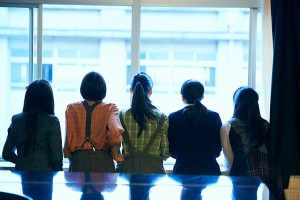 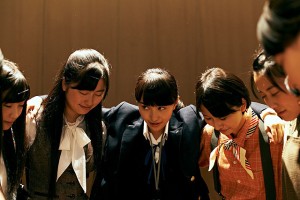 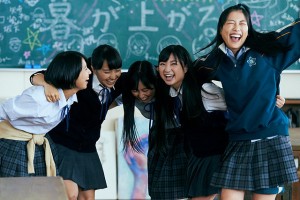 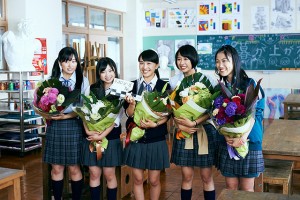