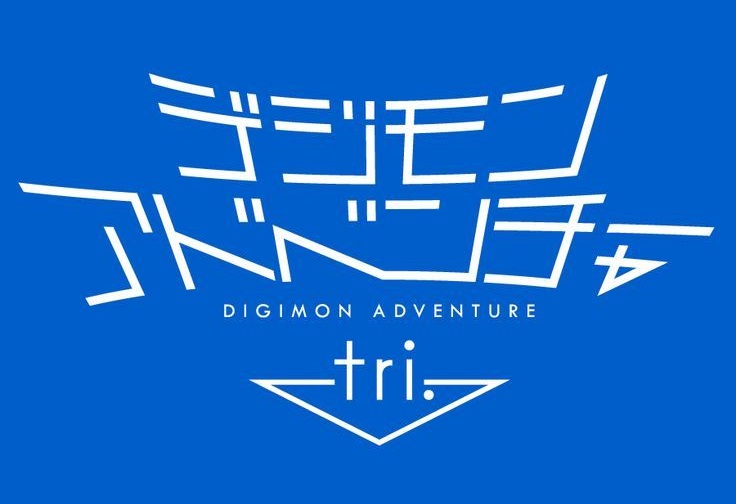 Last Saturday, Toei Animation unveiled the first trailer for Digimon Adventure tri. Kokuhaku (lit. Confession), the third installment of Digimon’s 6-part anniversary project that will premier in Japanese cinemas on September 24. The two-minute trailer, set to the series theme song, Butterfly, provides several scenes from the anime film that as poster previously suggests, centered on Digidestined TK and Izzy. Check out the trailer and poster after the break! 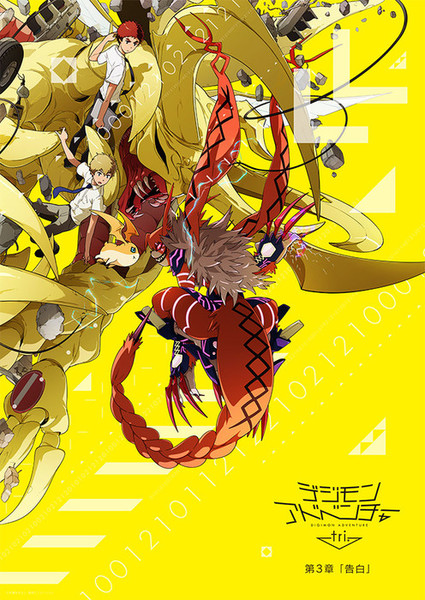 No further detail has been disclosed other than the poster (above), and a synopsis by news website TheAnimateTimes:

In a shocking turn of events, Meikūmon terminates Leomon, and vanishes into the distorted abyss. Shaken, Taichi and the others can’t hide their unease. “If Meikūmon has been infected, I want to know what caused it. Was there some kind of sign? When did he get infected in the first place?” Kōshirō agonizes about whether there is some kind of countermeasure they can take in this unaimaginably grim situation.

However, when he can’t find anything useful, he goes to Meiko to try and gain more information. “Please try and remember. We need information in order to discover the reason behind the infection.” Having lost all emotion, Meiko is unable to answer. Kōshirō quarrantines Agumon and the other Digimon in the office so that the infection can’t spread any further, but Patamon starts to show signs of the illness…

Agumon and the others use Hikari’s voice to tell the team about an important secret concerning the Digital World.

During the rematch with Meikūmon who will appear once again, that “time” will arrive. Taichi and the others’ hearts ache when the secret is revealed to them. Despite their entangled feelings, they make a decision…

“If we wait around for ‘someday,’ we’ll become adults before you know it.”

In case you missed them, previous episodes of the 6-part animation film is available for streaming right now on Crunchyroll. The first movie, Saikai (lit. Reunion) opened last November and the second one, Ketsui (lit. Determination) opened on March 12. Assuming the current pace, the project might last 1 or 2 more years, so there’s one thing to look forward to.