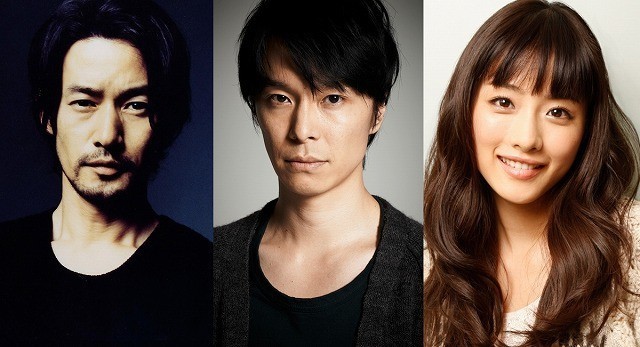 It was previously reported that Japanese film studio Toho is producing a new “Godzilla” for 2016, 12 years after the last Toho Godzilla film.

Few days ago, Toho opened the official website for its upcoming Godzilla film, announcing new movie details. The title for the movie will be “Shin Godzilla” and it will be released in Summer 2016.  Three main cast are also announced. The movie will star Hasegawa Hiroki, Takenouchi Yutaka, and Ishihara Satomi.

Filming began in the Tokyo suburbs in August and will wrap up at the end of October.The story is mainly set in modern Japan, and America is also involved. The new Godzilla will be the biggest in history, even bigger than the 108-meter-tall Godzilla from the 2014 Hollywood movie directed by Gareth Edwards.

Anno Hideaki (Evangellion) serves as chief director and writer and Higuchi Shinji (Heisei Gamera series, Attack on Titan) as director and special effects director. Executive producer Yamauchi Akihiro (Trick, Densha Otoko, Bakuman) explains that the film’s title,  Shin Godzilla, signifies that it is not a “revival” or a “rebirth.” While it can be translated as “New Godzilla,” it can also mean “True Godzilla,” “God Godzilla,” and other connotations. Chief director Anno coined the title to incorporate various possible meanings.

Higuchi promised that this will be the scariest Godzilla yet, quoting the horrors of the real world, like 9/11, the March 11 tsunami, and subsequent Fukushima nuclear crisis having stripped the the world of its innocence. The film will use a hybrid of actors moving through miniatures (a staple of the early Godzilla films), computer graphics, and special effects.