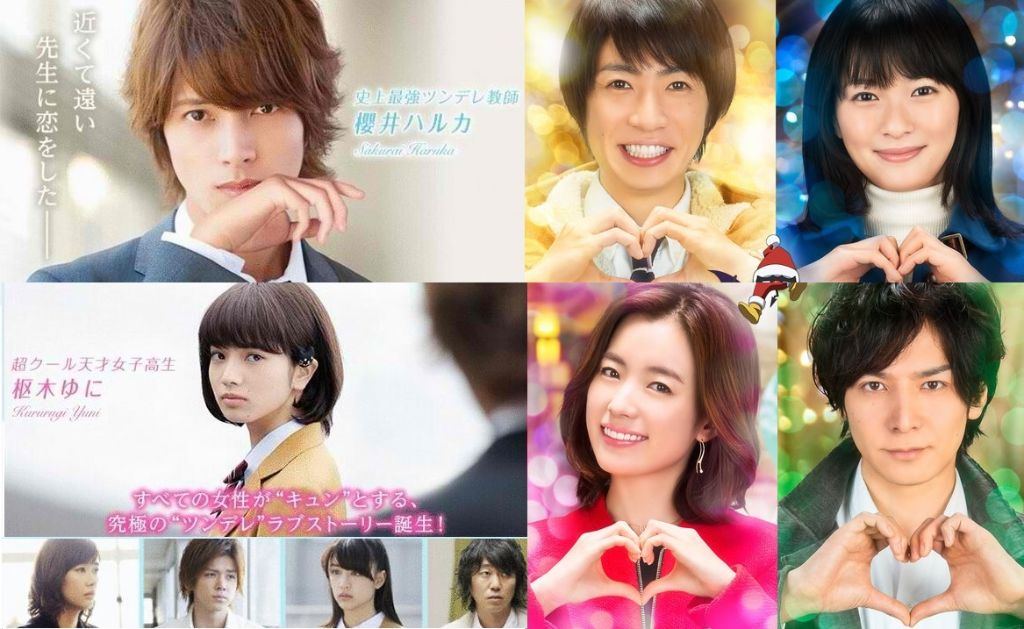 Toho has released teaser trailers for its two movies, ‘Kinkyori Renai’ and ‘Miracle: Debikuro-kun no Koi to Maho’.

Yamashita Tomohisa stars in this forbidden teacher-student relationship live movie adaptation of the manga ‘Kinkyori Renai’ as an English teacher, with Komatsu Nana playing the role of the genius high school girl. The movie opens October 11.

Aiba Masaki plays his first starring film role in “Miracle: Debikuro-kun no Koi to Maho”, along with Eikura Nana, Han Hyo Joo, and Ikuta Toma. A love story with an element of fantasy follows the story of these four characters creating a miracle on Christmas night. Movie opens November 22.

You can check out the trailers below. 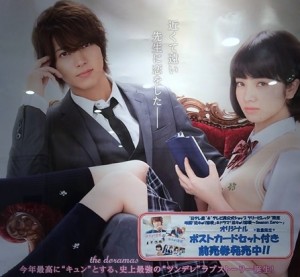 Kinkyori Renai is a 2014 live-action Japanese movie directed by Naoto Kumazawa and based on a shojo manga by Rin Mikimoto.

Haruka (Yamapi) is a handsome, confident part-time English teacher who is loved by all his female students. One day, a certain incident leads to him inviting a young female student named Yuni (Komatsu) to his office after class. Eventually, the two begin a romantic relationship which they agree they must keep secret. 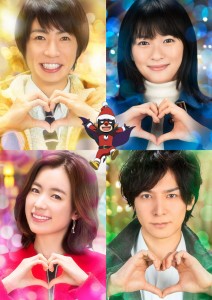 Miracle: Debikuro-kun no Koi to Maho is a 2014 Japanese movie directed by Isshin Inudo and based on a novel by Kou Nakamura. The story was inspired by the classic Japanese Christmas song “Christmas Eve” by singer-songwriter Tatsuro Yamashita.

Hikaru (Aiba) is a mildly incompetent bookstore employee who’s just a bit too nice for his own good. He’s also an aspiring manga artist, and distributes mysterious “Debikuro Communication” flyers at night.

On Christmas night, a miracle is created by the love Hikaru and three other people in his life – his attentive childhood friend Anna (Eikura), a world-famous lighting designer named So-yeon (Han) whom he meets by coincidence, and a former university classmate named Kitayama (Ikuta) who’s gone on to become a popular manga artist.