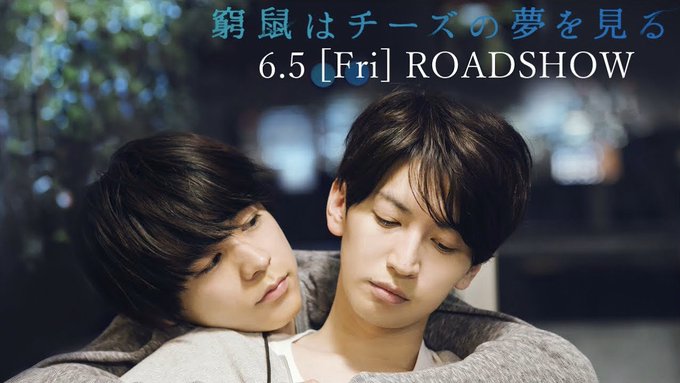 The trailer for the upcoming live action manga adaptation “Kyuso wa Cheese no Yume wo Miru!” (The Cornered Mouse Dreams of Cheese)  is out!  Kanjani8’s Ohkura Tadayoshi  plays the protagonist Otomo Kyoichi who has been repeatedly involved in passive romance with women and Narita Ryo plays Imagase Wataru, his junior from college.

The trailer starts with a scene depicting the encounter between Otomo and Imagase during university and from the looks of it, viewers can expect a lot of kissing scenes and intimate scenes between the two main characters.

Depicting sexuality issues and passionate love between men, the movie is directed by Yukisada Isao (Narratage, River’s Edge). The movie is slated for an R15+ release on June 5, 2020.