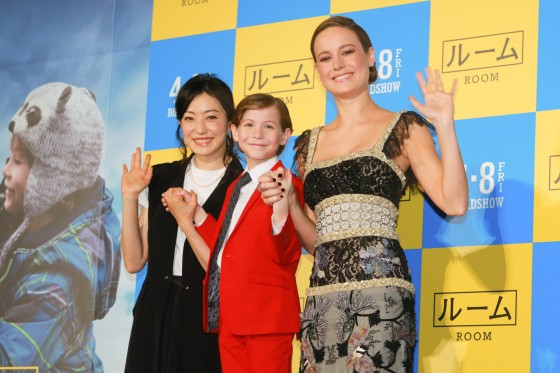 Oscar nominated movie ‘Room’ will have its premiere in Japan in April. Both leads Brie Larson and Jacob Tremblay have been promoting the movie for the last week. For the official preview showing at Tokyo on 21st March, they have been accompanied by actress Miho Kanno. Jacob has even chosen his favourite Japanese tune and upped to his Instagram account.

Brie commented: “I wanted to visit Japan for a long time. My dream came true.” After the Oscar ceremony where she received the trophy for the best leading role she flew to Vietnam to film “King Kong: Skull Island” and later from Vietnam to Japan. “I arrived late at night. I left my luggage and went straight to a supermarket to check out Japanese sweets. I bought some alcohol and potato chips. “ Both actors were really keen on trying Japanese food, especially ramen and sushi. “And ice cream in sesame taste!” – added Brie.

8-year old Jacob said that his mother prepared him a playlist of Japanese pop music to listen to on the plane. “My favourite is sung by Gen Hoshino, so I chose this one and upped it to my Instagram.”. The slideshow contains a selection of photos from his visit to Japan. Model/celebrity Mayuko Kawakita also appears on some of the photos and goes fishing with the visitors.

Miho Kanno couldn’t hide her excitement: she complimented Brie’s dress and gave her a bouquet of flowers. For Jacob she prepared puddle-shaped balloons (she researched that is his favourite dog race). “You’re so cute, I could just take you away!” – she laughed. “No, no! That would be exactly like in our movie!” – Jacob cleverly replied and collected huge laughs from the audience. 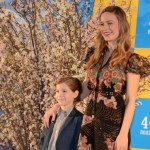 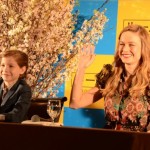 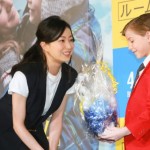 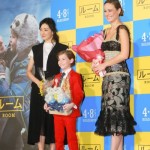 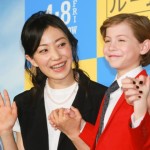