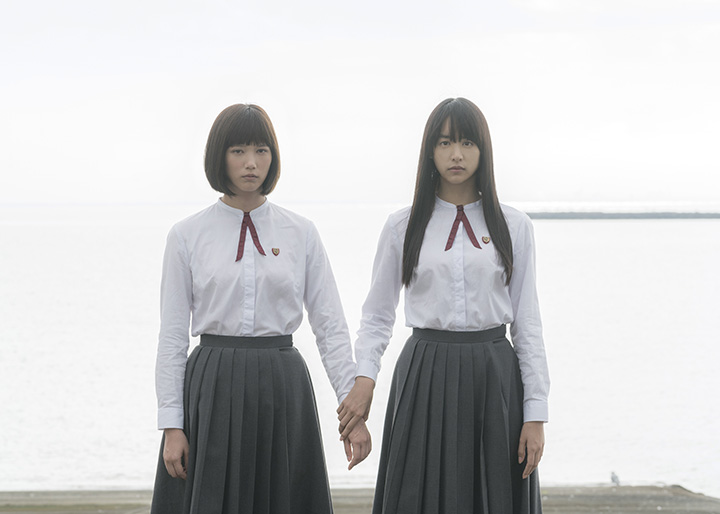 Tsubasa Honda and Mizuki Yamamoto are playing lead roles in an upcoming movie ‘Shojo‘, based on the novel written by Kanae Minato. A beautiful, but disturbing poster has been revealed – don’t miss to check it after the jump!

When their friend boasts around she has witnessed someone’s death, two high-schoolers start to feel jealous. “I want to see it, the moment a person dies” (hence the red caption on poster). Honda will play Yuki Sakurai, a girl who befriends a boy on his deathbed. Yamamoto will be Atsuko Kusano, who starts volunteering in a elderly care facility.

On the poster we can see both girls lying facing-up, surrounded by white flowers. Could be a pretty, peaceful image, if not the obvious association with a decorated coffin. 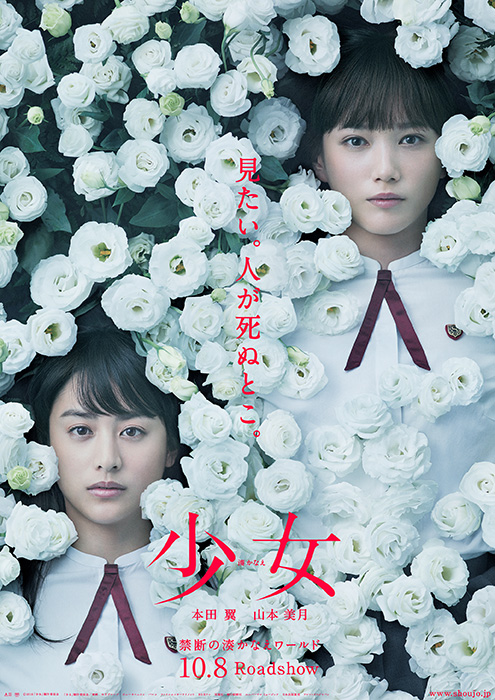 Kanae Minato is a big name in the crime/thriller writing department. She is the author of such novels as ‘Confessions’, ‘Snow White Murder Case’, ‘N no tame ni’ and others. ‘Shojo’ was first published in 2009. The movie will be directed by Yukiko Mishima, who recently worked with Miki Nakatani on the set of ‘Tsukuroi Tatsu Hito‘ (eng. A Stitch of Life).

The movie will hit the cinemas on 8th October.