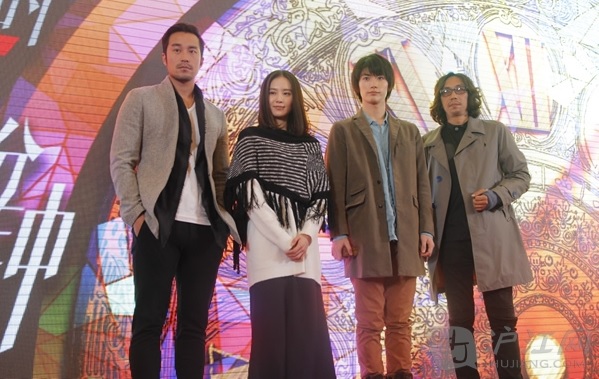 The trailer, along with some stills, for the Chinese movie ‘Five Minutes to Tomorrow’ has been released. Miura Haruma is co-starring with Chinese actress Cecilia Liu (Liu Shi Shi) and Taiwanese actor Joseph Chang in a Mandarin language film but directed by Japanese director Isao Yukisada and adapted from the novel of writer Honda Takayoshi.

To prepare for the role, Miura has been learning Mandarin since April of last year. Miura plays a clockmaker who fell in love with a young woman who happens to have an identical twin sister. Cecilia Liu will challenge double roles as she plays the twin female leads. Miura’s character is confronted with mystery, as one of the twin sisters died in an accident, and the other one returns to him.. is it Maggie, the first twin who fell in love with him or is it the other twin named Michelle?

Check out the full synopsis of the novel and the chilling trailer below.

Ryo, a clockmaker living in Taipei, meets a beautiful woman named Maggie in a chance encounter. Maggie turns out to
have an identical twin, Michelle, who is an actress and engaged to a man named Leon. The sisters have displayed
identical tastes from a young age – they always find themselves drawn to the same things. Although they have only just met, Maggie decides to recruit Ryo to help find an unexpected present for Michelle. Despite the odd encounter, Ryo is entranced by this strange and beautiful woman.

The twin sisters, who resemble each other so strikingly, occasionally pretend to be one another to confuse Ryo.
However, as Ryo and Maggie grow closer, he becomes aware of the darkness within Maggie’s heart. Maggie loves
Michelle as if she were a part of herself. Yet, the twins’ tendency to love the same things means that Maggie is also in
love with Leon, and is fiercely jealous of Michelle as a result. Ryo quietly accepts this, and he and Maggie become
lovers.

Just before Michelle’s wedding, the sisters go on an overseas trip together. There, they get into an accident, and
Maggie dies. A devastated Michelle returns to Taipei alone, resumes her acting work, and marries Leon. Ryo hides his
memories of Maggie in his heart and returns to his monotonous, solitary life.

A year later, Ryo is suddenly contacted by Leon. He wants Ryo to see Michelle. Ryo is surprised to see Leon’s gaunt
and agonised face. Since the accident, Leon has been plagued with a suspicion: was it Michelle, not Maggie, who
died in the accident, and has Maggie been pretending to be Michelle since? Aware of Leon’s wariness towards her,
Michelle herself is in a state of confusion, no longer sure of her own identity. Ryo tries to convince Leon that “she” is
Michelle, but Leon ends up leaving her.

Sometime later, “she” comes back to Ryo once again. Though he is no longer completely sure he knows who she is, he
welcomes her back all the same, easing her anxiety about her identity. Wrapped in this warmth, she is finally able to
sleep soundly. They fall sleep in his shop surrounded by clocks, and time passes steadily and quietly. Amid the never-
ending gentle tick-tocking of the clocks, the night grows ever closer to a new tomorrow, a tomorrow that comes at the
end of sadness.

Partly shot in Mauritius, the movie is estimated to target about 180 million viewers and is already enrolled for the Cannes International Film Festival. The movie opens October 23 in China. 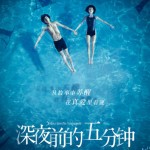 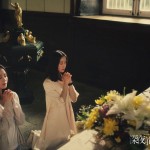 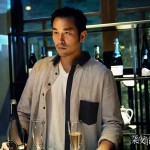 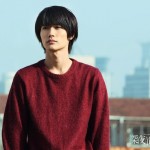