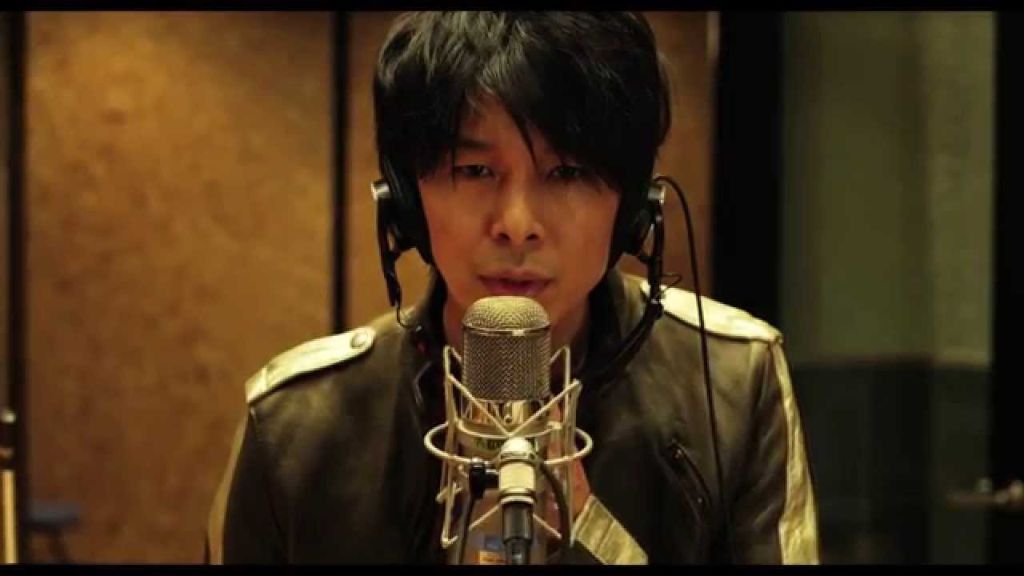 The trailer has been released for “Love & Peace”, an upcoming Japanese fantasy romance directed by Sion Sono. The film centres around a timid salaryman at a musical instrument parts company who sees his life turned upside down after he meets a turtle on the rooftop of a department store.

The movie will be Sono’s first monster movie with special effects. “Love & Peace” also departs from his previous work such as Tokyo Tribe, Why Don’t You Play In Hell?, Suicide Club, and Love Exposure, as the director strives to make a film that “the whole family can enjoy.” Along with the teaser trailer, the main visual movie was also released. It was illustrated by Akihiro Yamada.

‘Love & Peace’ stars Hiroki Hasegawa as Ryoichi, Kumiko Aso as the heroiine, Toshiyuki Nishida, Kiyohiko Shibukawa, Eita Okuno, Makita Sports, and Motoki Fukami. Voicing the monsters in the film will be Gen Hoshino, Shoko Nakagawa, Inuko Inuyama, and Ikue Ohtani. The film opens across Japan in the Summer of 2015.

In the summer of 2015 in Tokyo, Japan. Ryoichi (Hiroki Hasegawa) dreamed of becoming a punk rocker when he was younger, but became a timid salaryman at a musical instrument parts company. He has feelings for (Kumiko Aso), but he can’t tell her how he feels.

One day, he has a fateful meeting with a turtle on the rooftop of a department store. He names the turtle Pikadon and he adores it, but his co-workers laugh at him. Ryoichi throws Pikadon into the toilet. He regrets what he did. The turtle though goes through sewerage and meets an old man (Toshiyuki Nishida) who lives in the underground. Something then happens. 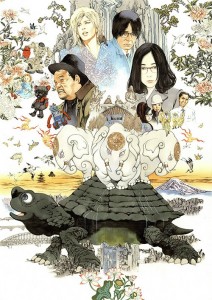