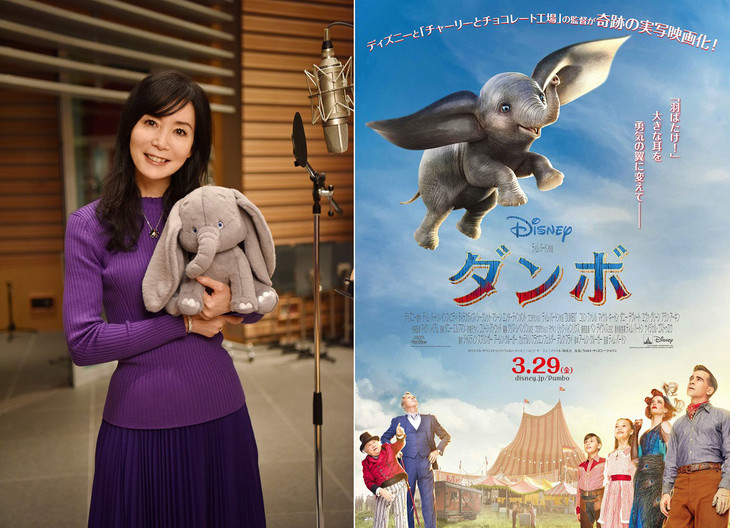 Singer Mariya Takeuchi has been selected to sing the Japanese version of the upcoming live-action remake of “Dumbo“.

The original “Dumbo” film was originally released back in 1941 by Walt Disney. “Baby Mine” was included in the 1941 animated film, in a very touching scene the song is sang by Dumbo’s mother. It has gone on to be covered in multiple languages by different artists all over the world, and now Mariya can be added to that list!

A one minute promotional video featuring Mariya’s version was uploaded to Walt Disney’s official Japanese YouTube channel. Various scenes from the movie can be seen in the clip. Check it out below.

“Dumbo” follows circus owner Max Medici (Danny DeVito) who recruits Holt Farrier (Collin Farrel) to help take care of Dumbo who is just a newborn elephant. He is mocked and laughed at for his oversize ears, which just do any favors for the already struggling circus. When it’s eventually discovered that Dumbo can fly he soon turns into the star of the show.

“Dumbo” will be released worldwide on March 29th, 2019, while the soundtrack will come out on April 5th.