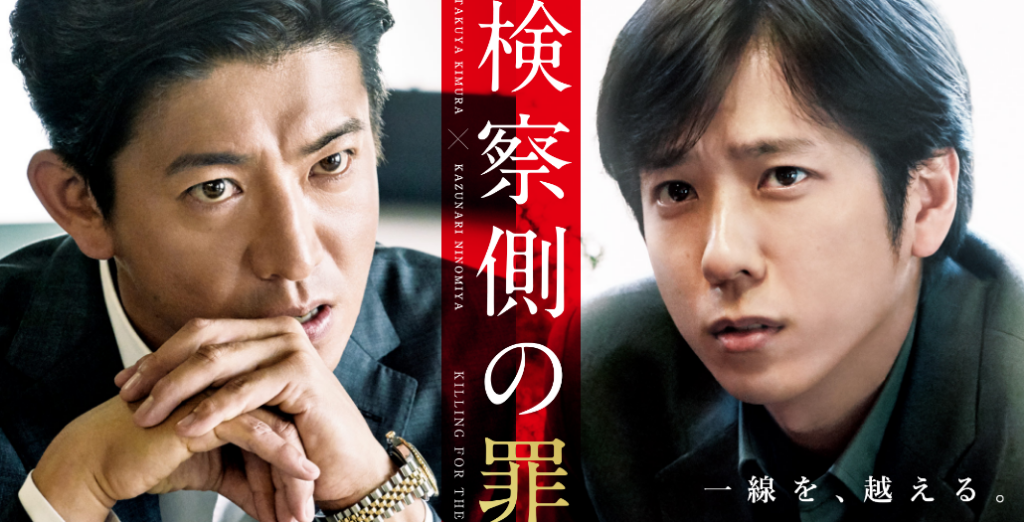 Catch the full trailer for the highly anticipated face off between Kimura Takuya and Ninomiya Kazunari in the movie “Kensatsugawa no Zainin” (Killing for the Prosecution). Kimura and Ninomiya play public prosecutors in the movie who are pushed to confrontation due to a certain incident. Rage, tears, and other emotions are at play in the new trailer. A new poster visual is also released. The film opens August 24.

Based on the 2013 novel by Shizukui Shusuke that tackles statute of limitations, false charges and the profound theme “What is justice?”, the movie is directed by Harada Masato (Japan’s Longest Day, Kakekomi, Sekigahara). Joining them are Yoshitaka Yuriko, Matsushige Yutaka, Hira Takehiro, Ookura Koji, Yashima Norito, Otoo Takuma, Sakou Yoshi, and Yamazaki Tsutomu. 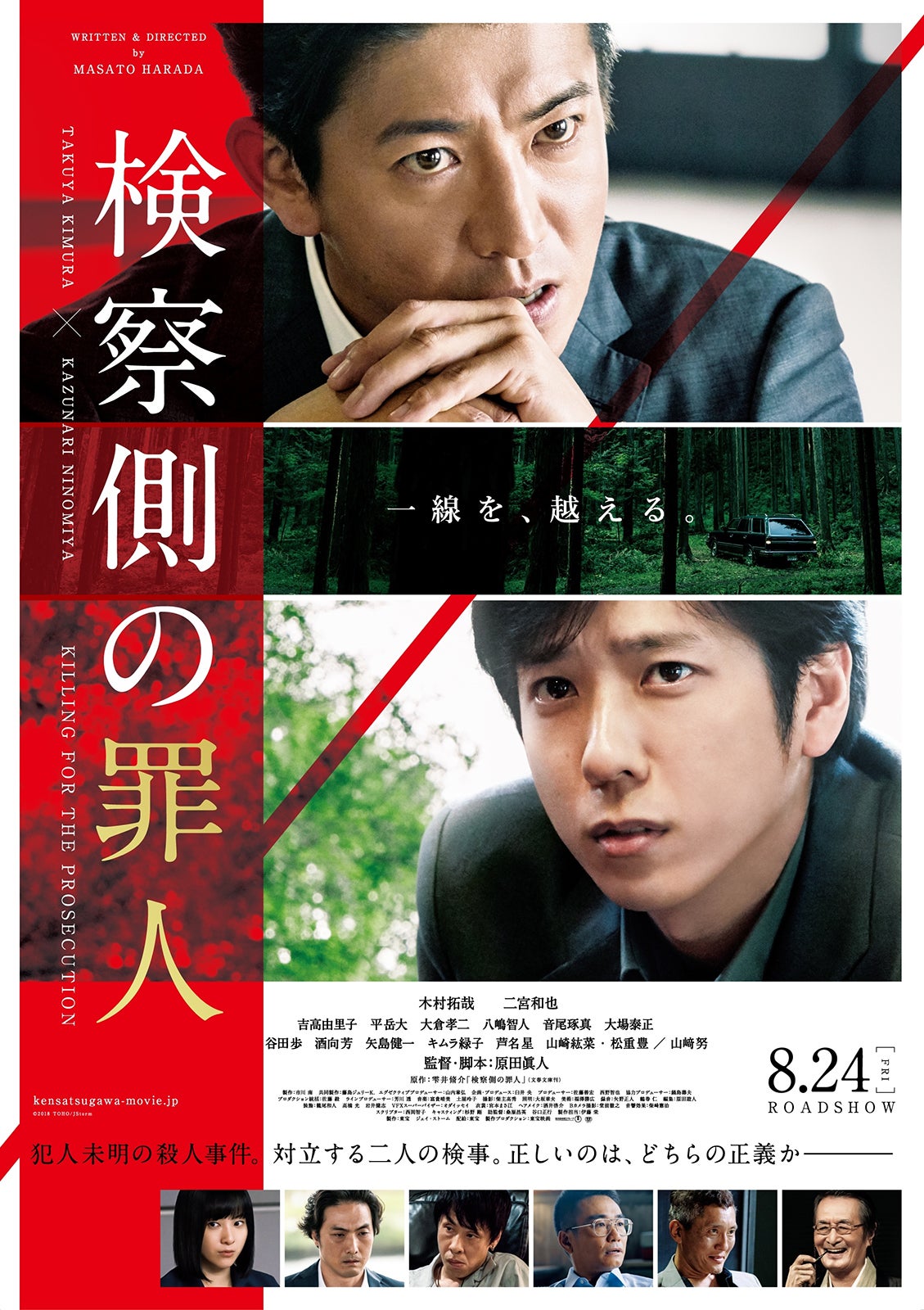 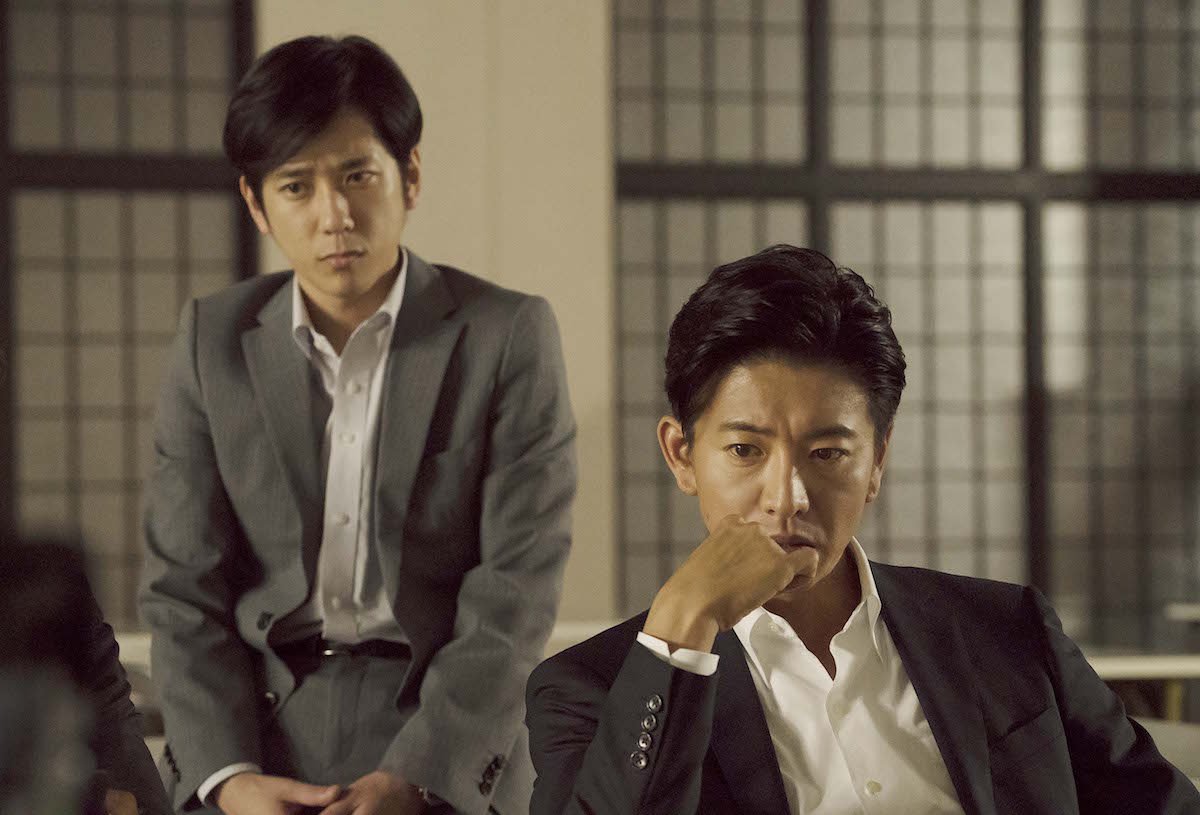