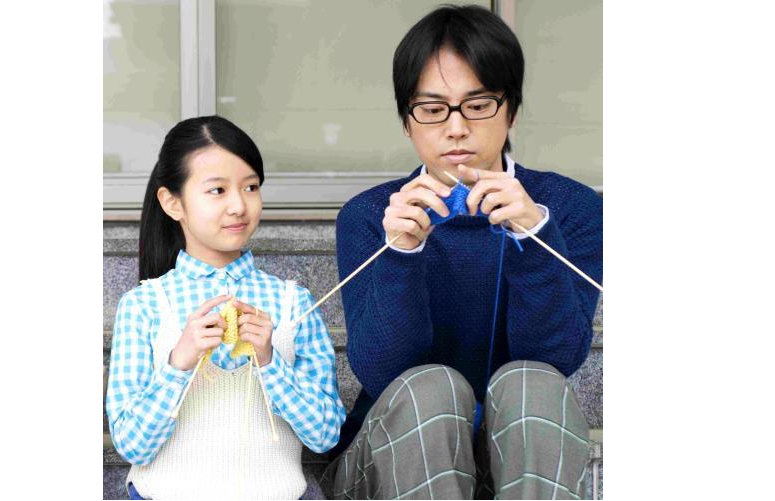 Ikuta Toma will be starring in Ogigami Naoko’s new film titled “Karera ga Honki de Amutoki wa”, (When they knit seriously) and will be playing the role of of a transgender woman. The movie will be the first film for the director in 5 years. Ikuta commented “Now that filming has started, I realized that this role is very difficult. But it is rare to receive an opportunity to play this kind of role, so I have been doing my best. Kiritani Kenta will play the role of his lover.

You can take a look at Ikuta in his new role below.

Female director Ogigami Naoko’s films such as “Kamome Shokudo” (2006) and “Megane” (2007) have receive a lot of support from women. The inspiration for the movie came from a newspaper article “a mother of a transgender daughter makes fake breasts for the daughter” he read while returning from the United States in 2013.

The lead cast are Rinko (played by Ikuta), a transgender woman, Tomo (Kakihara Rinka), a girl abandoned by her mother, and Makio (Tomo’s uncle and Rinko’s lover). It shows the drama that unfolds in an unconventional family. Kiritani commented that “This would be the turning point for both me and Toma.” 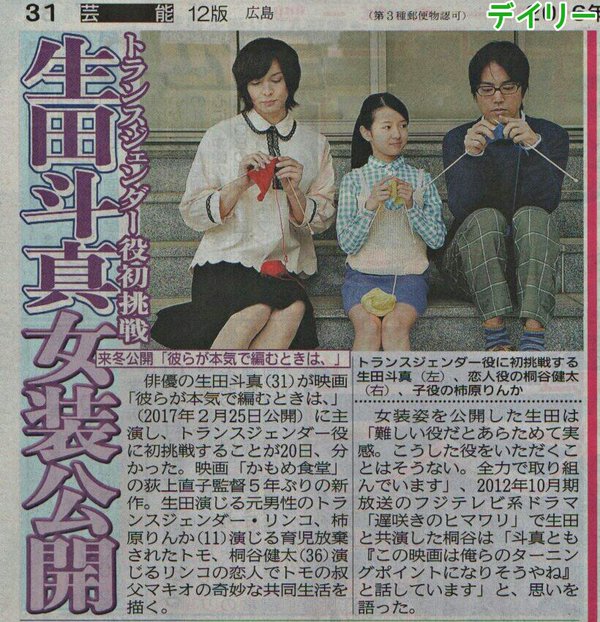