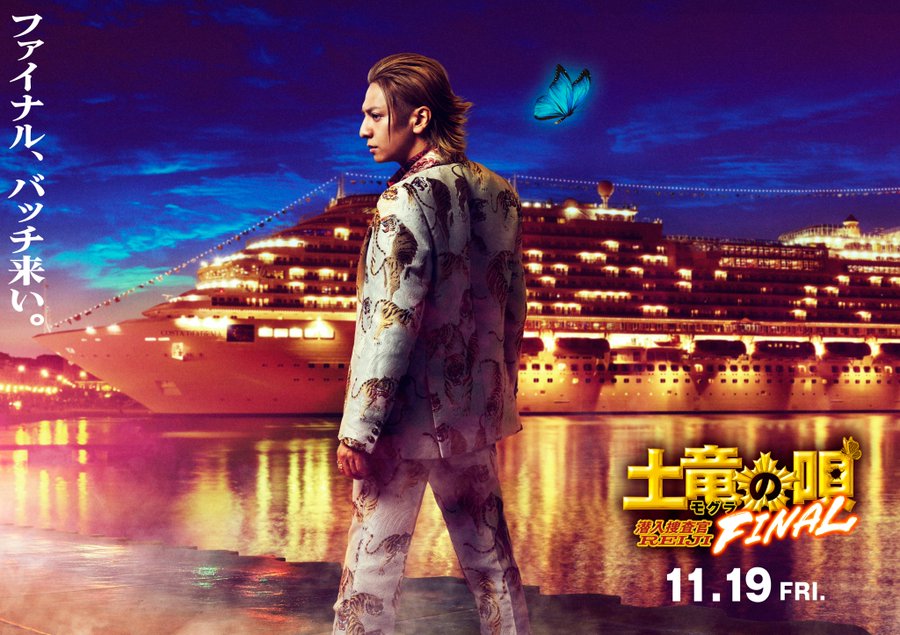 It was announced that the latest adaptation of the “Mogura no Uta” series based on Takahashi Noboru’ s original work, “Mogura no Uta FINAL” will be released on November 19th. Ikuta Toma will reprise his role and Takashi Miike returns as the director.

In this final edition of the series, the setting will be a luxurious ship. Reiji, played by Ikuta Toma, will try to prevent the largest transaction ever for drug smuggling valued at 600 billion yen. Check out the released teaser video and movie visual which shows a back shot of Reiji with his tiger print suit and leopard print shoes.