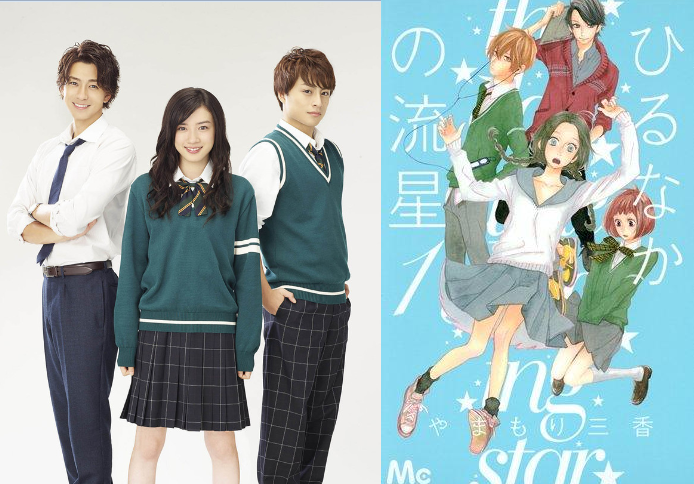 Last month, it was announced that we are getting a live action film of Yamamori Mika’s manga “Hirunaka no Ryusei” (Daytime Shooting Star)! They recently revealed the cast along with a visual of them in costume.

Nagano Mei will play as Yosano Suzume, the whimsical protagonist born and raised in the countryside. Miura Shohei is cast as Satsuki Shishio, the homeroom teacher Suzume falls in love with and Shirahama Alan (GENERATIONS FROM EXILE TRIBE) will play as Mamura Daiki Daiki, Suzume’s classmate who slowly falls in love with her, even though he knows how she feels about Satsuki.

Does the casting meet your expectations? 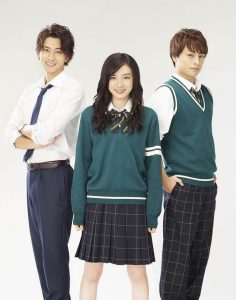 The cast has been confirmed so fans can look forward to it when it opens on March 24, 2016. Shinjo Takehiko is directing the film, and Adachi Naoko is writing the script.

The manga centers on Suzume Yosano, a high school girl who moves from the countryside to Tokyo. On her first day in Tokyo, she gets lost, and a man helps her. That man turns out to be her new homeroom teacher named Satsuki Shishio. Suzume gradually comes to like Satsuki. Sitting next to Suzume in her class is Daiki Mamura, who hates women. Daiki and Suzume soon become friends.