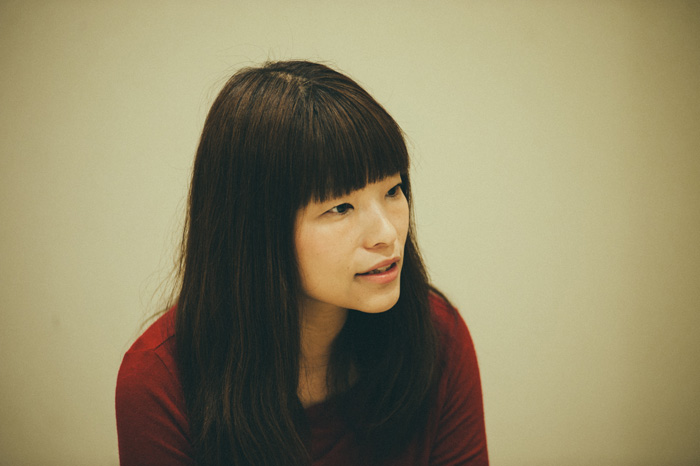 It’s true that there are few female directors in the Japanese film industry, but over the past decade they have begun to make their mark and carve out a space of their own, showing a sensibility and perspective of humanity that has been less represented within Japanese cinema. A change within the industry is surely happening, although slow.

In Europe, some people are familiar with the works of Naomi Kawase (Hanezu, An, Still the water) as she is a regular guest at the Cannes Film Festival. Fans of film in the US or various Asian countries outside Japan might know more about Miwa Nishikawa (Sway, Dear Doctor), Yuki Tanada (One million yen girl), or Mika Ninagawa (Sakuran, Helter Skelter), who’s arguably more famous as a photographer and music video director. But surely that can’t be all.

Born in the Mie Prefecture, 40-year-old Mipo O is a third-generation Zainichi Korean (or Japan-born Korean) film director, screenwriter, and commercial director who has often gone unnoticed by fans of film both in Japan and abroad.  Let’s change that by taking a look back at her career and a select of her body of work!

As a scriptwriter, Mipo Oh’s first credited work dates back to 2001 for a film directed by Nobuhiko Obayashi, a pioneering figure in Japanese experimental film who brought cult hit “Hausu“.

Using her professional experience working as a screenplay editor for 5 years under Obayashi, she continued to hone her craft with the release of a couple short films. Her third short film “Eye” won a prize at the Short Shorts Film Festival in 2002, while her short film “Grandmother” won the grand prize in the Digital Shorts category of Tokyo International Fantastic Film Festival.

Working her way through the ranks of the system of the film industry, she finally released her first feature-length film “The Sakai’s Happiness” in 2006, written and directed by herself. It’s a bittersweet comedy of an ordinary family dealing with the challenges of everyday life. It was met with modest reception and garnered a modest amount of positive reviews from critics.

Her subsequent films didn’t go entirely unnoticed, but the release of her 4th feature film “The Light Shines Only There” put her under the spotlight unlike ever before, generating buzz and helped Mipo O reach a wider audience both in and outside of Japan.

The film, based on the 1989 novel “Soko nomi nite Hikari Kagayaku” by Yasushi Sato, was not only met with overwhelmingly positive reviews, it received several awards domestically. It also became the Japanese candidate for the Best Foreign Language Film at the 87th Hollywood Academy Awards. Although it was not ultimately considered for a nomination at the ceremony, this gloomy tale shot in the city of Hakodate, the southernmost city in Hokkaido, helped establish Mipo O’s style and a reputation as a filmmaker on a greater stage.

Still, there’s not that much on the internet about her films, and even her Japanese Wikipedia page is somewhat limited in length and content. You might ask, “what’s so special about Mipo O?“

On top of excellent cinematography and rather subtle plots, her works are filled with humanity—the way she shoots the characters from their own perspective and from the outside, the focus she places on their life experience, and the way they struggle to sort things out so that in the end you can identify with them. Mipo O’s films are perfect for anyone who wants to feel moved, but ultimately receive a sense of hope in the end.

Some scenes and trailers:

A melodrama with some funny moments and a case of mistaken identity that owes much to its actors. Her weakest film in my book, but it’s nevertheless a pleasant watch.

A four short comedy films from four different directors, all of which feature eccentric characters, the segment “Claim Night!” is directed by Mipo O. Though I’m still wondering about the message it was supposed to convey, it’s a rather hilarious comedy with a lot of absurd scenes.

One of the movies that put ‘veteran’ actor Gou Ayano on the rookie list of talents and confirmed Chizuru Ikewaki as one of the strongest actresses of her generation. A dark yet captivating tale in a quiet city where you wouldn’t expect sordid events and such a sense of loss and despair. Her best work to date, suffocating and intense.

Yet another somber film, but unlike the previous one, it delivers a powerful message of hope: “be nice to kids and the world will be a better place.”

This post was contributed by ARAMA! JAPAN reader Hypermoot, with edits by Ryan.