As previously reported, Ikuta Toma will play Suzuki, a man who leaves his job as a schoolteacher in order to infiltrate an underworld organization and take revenge on the person who murdered his girlfriend. Suzuki will meet different assassins, Kujira and Semi, and the story will show how their lives will interlace. Asano Tadanobu will play Kujira (lit. “whale”), a contract killer who specializes in observing his targets, gaining insight into their state of mind and eventually manipulating them into committing suicide. Yamada Ryosuke’s character Semi (lit. “cicada”) is a fellow hitman who takes a more direct approach, utilizing his expertise with knives.

Check out the trailer, posters, and cast announcements below. 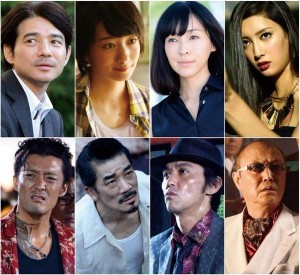 The rest of the cast include Haru as Suzuki’s fiance, Aso Kumiko as the mystery housewife, Nanao as the yankee celebrity, Uzaki Ryudo as Kujira’s father, Yoshioka Hidetaka, Murakami Jun, Ishibashi Renji, and Kaneko Norihito.

The movie is an adaptation of Isaka Kotaro’s popular 2004 novel Grasshopper, and directed by Takimoto Tomoyuki, the same director for Ikuta’s “The Brain Man” movie.

More info can be seen at the movie’s official website. 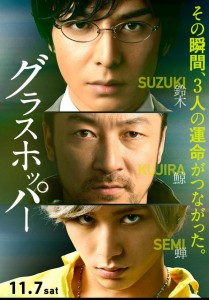 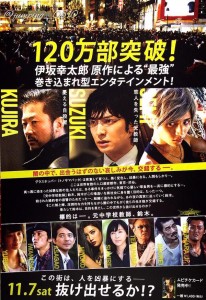 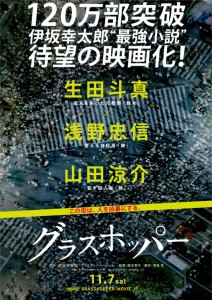