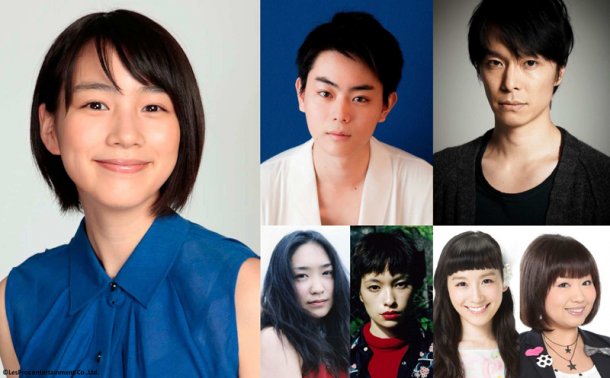 The first trailer for the live action adaption of Akiko Higashimura‘s Princess Jellyfish(Kuragehime) manga has been posted, along with a poster for the movie, both which can be seen below, along with a cast list and translation of the trailer.

(translation via ANN)
Narrator: Otaku- The culture that Japan boasts about to the world.
Tsukimi: Um… I’m sure you know plenty well that the raising of jellyfish is very difficult, but you’re not supposed to raise those two kind of jellyfish in the same tank!
Clerk: Whoa! Whoa!? What is up with you!?
Text: Rena Nōnen as jellyfish otaku
Narrator: In a dorm forbidden to boys, hardcore girls lived happily together.
Text: Chizuru Ikewaki as railroad otaku
Text: Rina Ōta as Romance of the Three Kingdoms otaku
Text: Azusa Babazono as Japanophile
Text: Tomoe Shinohara as old man enthusiast
Narrator: In front of the girls who insist that they have no need for men
Tsukimi: Ahhh!!
Narrator: A too-beautiful cross-dressing boy and a virgin elite who happen to be brothers appear.
Tsukimi: This is the biggest danger in my otaku life yet!
Narrator: Kuragehime
Text: 12/27 (saturday). Laughs, tears, and moe! 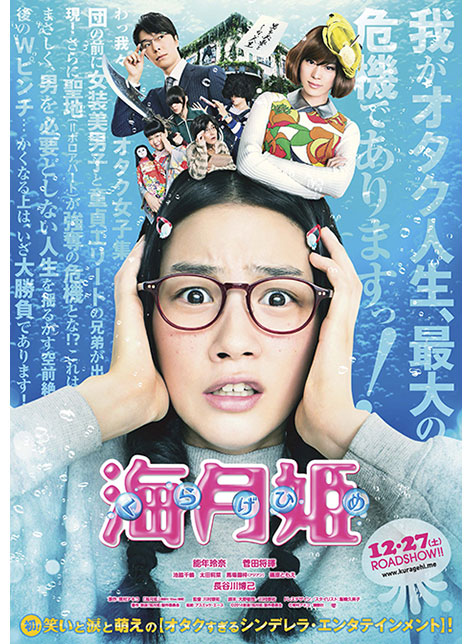 The film, which stars Rena Nōnen as Tsukimi Kurashita, Masaki Suda as Kuranosuke Koibuchi,
Hiroki Hasegawa as Shū Koibuchi, Chizuru Ikewakia as Banba, Rina Ōta as Mayaya, Tomoe Shinohara as Jiji, and Azusa Babazono as Chieko, will be released on December 27th.

Princess Jellyfish will be directed by Taisuke Kawamura, written by Toshiya Ono, and the costumes will be designed by Kumiko Iijima, who has also worked with Kyary Pamyu Pamyu.