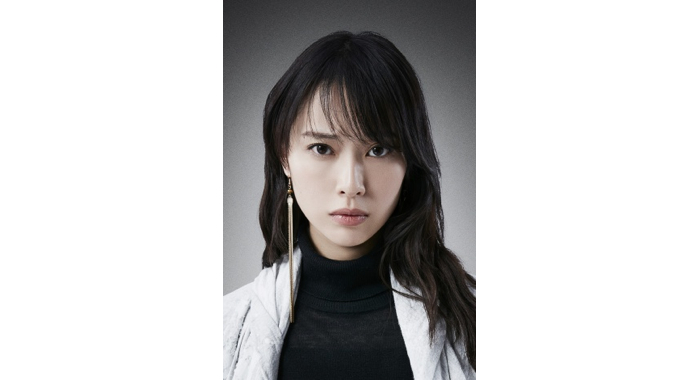 Toda made her big-screen debut with “DEATH NOTE”.  She received high acclaim from fans of the original work as the role of Misa Amane, who is an idol and also the holder of the Death Note, who became the “second Kira” with the Shinigami Eyes for her beloved Light Yagami (Tatsuya Fujiwara).

This movie’s setting is 10 years after where the last movie left off, and Misa is active as an actress after she lost all memories related to the Death Note once abandoning her ownership.  However, 6 Death Notes are brought into the human world, and a game of wits begin to take place between those for and against the revival of Kira.  Misa, who was the only surviver who used the Death Note 10 years ago, gets involved with her “memories” of Light and L’s battle and with the new characters, which is a main key in this new movie.

Toda looked back at the preceding works, “I have a lot of feelings towards them because they were also my big-screen debut.  I was still a newcomer 10 years ago, and it hadn’t been a year since I started acting when I participated in such a big production, so I was unable to have my way with acting.” Regarding the new movie where she plays the role of Misa 10 years later, she revealed her distress, “That’s why I feel very embarrassed watching the previous movies, but I really worried – this time, would I be able to go back to those days, and should I do so?  Should I go back, or move forward?  How would I be able to play the role of Misa as who I am now? I believe there may be another message that could be conveyed through ‘Death Note’ now, 10 years later.”

Producer Takahiro Sato commented on Toda’s casting, “Ms. Erika Toda’s return as Misa Amane was something I always wanted to make possible. Ms. Toda seemed to feel a lot of pressure, but she overcame this and offered many ideas for the beautiful ‘Misa Amane 10 years later’ though aspects such as her outfit, makeup, and lines.” He adds, “She is a legendary character who survived the Death Note incident.  How does Misa feel now, and how will she get involved in new plots?  Ms. Erika Toda’s appearance will be a pillar of the storyline, and will add something new to this sequel.”

This new movie will focus on the “6 note rule” (there can only be 6 notes allowed to exist in the human world at once), which existed in the original work but was not used.  A game of wits regarding the 6 notes will be depicted between characters fighting for and against Kira’s revival.  The main cast will feature Masahiro Higashide as Tsukuru Mishima, an investigator who is part of a special Death Note countermeasure team; Sosuke Ikematsu as Ryuzaki, a world-famous detective who is also L’s successor; and Masaki Suda as Yuuki Shien, a genius cyberterrorist who worships Kira.  Rina Kawaei plays Sakura Aoi, a “regular girl” who is a Death Note owner and commits indiscriminate murder without thought.