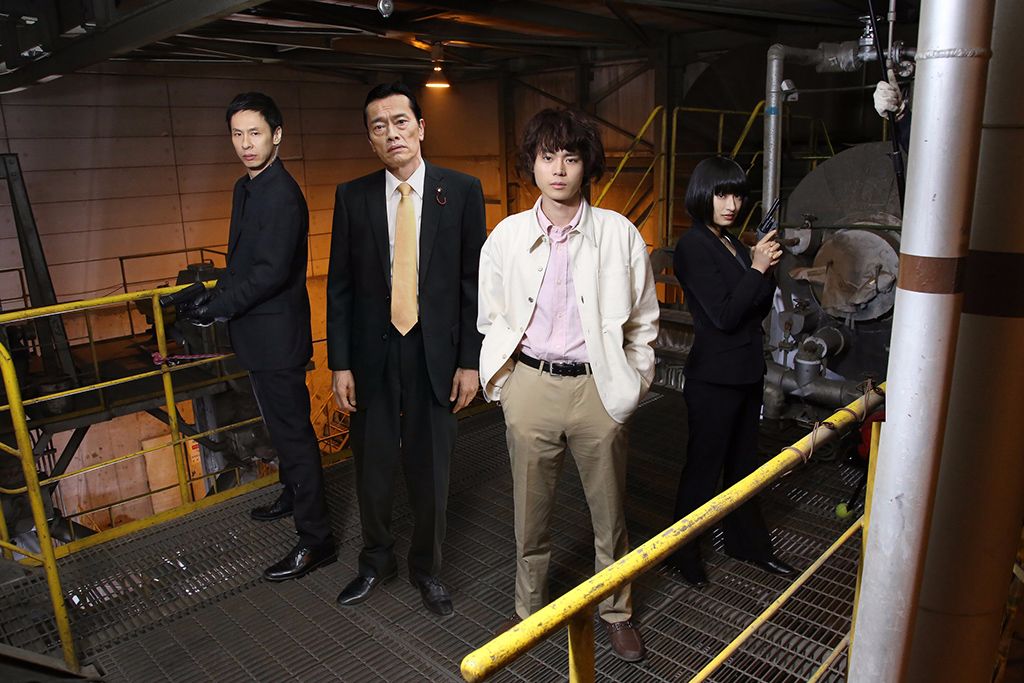 On March 8, it has been revealed that the TV Asahi drama “Tamiou” will return for a limited 2-week period.  The drama stars Kenichi Endo and Masaki Suda, who play a father and son pair that switches bodies.  The new episodes will air during the Friday night drama slot for 2 consecutive weeks on April 15 and 22.

The first episode focuses on several instances where the pair switches bodies, which were included in Jun Ikeido’s original novel but were cut in the drama series.  It will have an original script and will include the big turmoil in the story that followed where the drama series ended.  The second episode is a spinoff starring Issei Takahashi as Prime Minister Taizan Muto’s chief public secretary, Mohei Kaibara.

When first hearing about the spinoff, Ikeido couldn’t hide his surprise and asked, “Are you really doing this?” However, he leniently approved creation of the special spinoff drama that will have completely original scripts.

In addition to Endo as Taizan and Suda as his son Sho, the main cast will still include Takahashi and Akio Kaneda, and will also feature new characters played by Koji Okura, Mugi Kadowaki, Saki Aibu, and more.