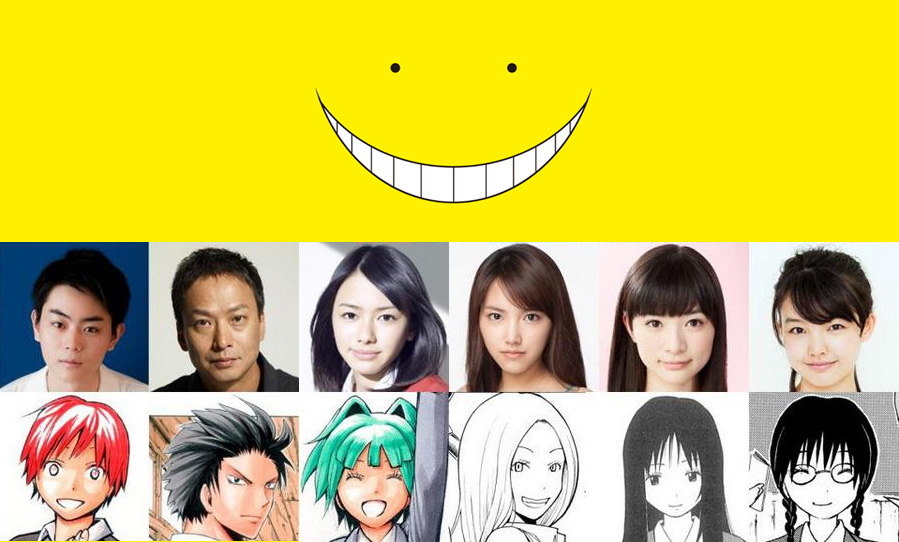 The cast for live-action adaptation of popular manga series ‘Assassination Classroom‘ has been released!

Created by Yuusei Matsui, ‘Assassination Classroom’ is a story about an alternate history where a powerful creature has destroyed a majority of the moon, and the Earth is next on its list to wreak havoc on. Although he is able to ruin the moon, permanently leaving it a crescent shape, it gives the people the Earth the option of changing their fate but they have one year to try and kill it.

This creature, a tentacled alien (to relieve or worry you, it’ll be CGI), is introduced as a teacher to class 3-E at Kunugigaoka Junior High School in the meantime. Since the students in this class were particularly bad, the government had no problem agreeing to its demands with the only request that it did not harm the students. Every day, These students have to try to assassinate it upon entering class in order to become professional hitmen.

The film stars student Nagisa Shiota, the weakest of the class, and is played by Ryosuke Yamada of Hey! Say! JUMP and NYC.

Filming for ‘Assassination Classroom’ begins Aug 31st and opens March 2015. It will be directed by Eiichiro Hasumi.