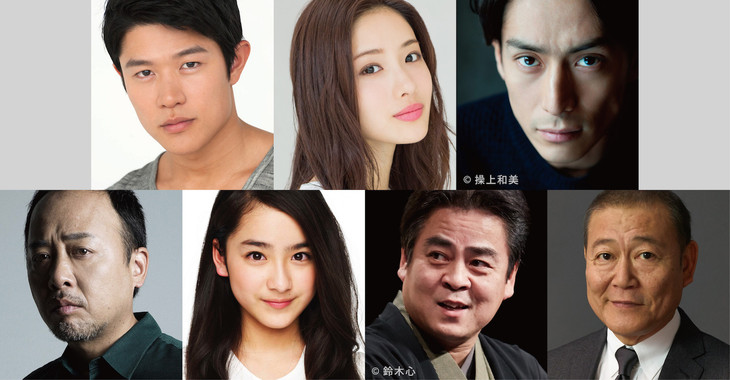 The cast for Arashi Ohno Satoshi’s upcoming historical film “Shinobi no Kuni” (The Land of Ninjas) has been announced. Earlier on, it was announced that Ohno will take on the role of Mumon, a lazy but elite ninja who has earned the title of “Iga’s no.1 ninja”. Filming started last July and Ohno has taken intensive training in sword fighting, specifically dagger fighting techniques using both hands.

Shinobi no Kuni features the epic battle between Mumon’s Iga clan and Oda Nobukatsu’s clan who wants to invade Iga. Mumon kills a ninja from the opposite side which leads to a deadly battle between the two.

Take a look at the cast of the warring sides below. 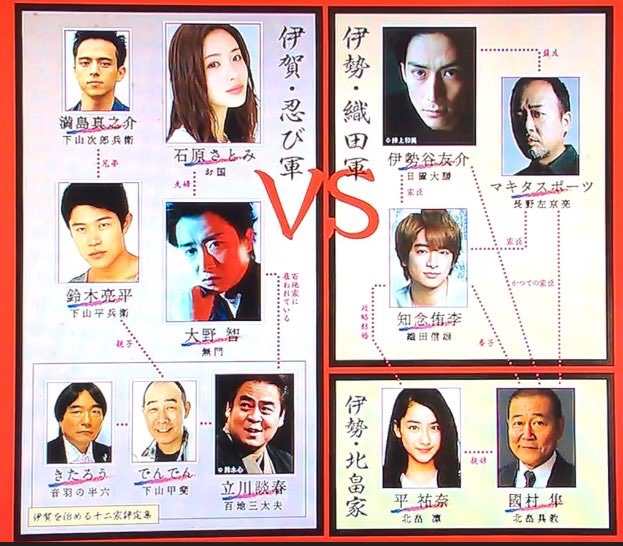 Ishihara Satomi will play Mumon’s wife Okuni. In the original novel, Mumon was drawn to Okuni at first sight. He takes her away from a samurai family and married her. Ishihara commented that the movie can be depicted as a ‘love story period action movie”. She plays a contrast to the lazy character of Mumon and motivates Mumon to become more hardworking and showers him with love like a mother.

Suzuki Ryohei will be playing the role of Shimoyama Heibee who was born in an Iga shinobi family but is disappointed with the ways of the ninja. He underwent two months of rigorous training to prepare for his role as a skilled ninja. Iseya Yusuke will play as Heki Daizen, the vassal of Nobukatsu. Hey! Say! JUMP’s Chinen Yuri will be playing Oda Nobukatsu, Oda Nobunaga’s second son. Taira Yuna plays Kitabatake Rin who becomes Nobukatsu’s wife through political marriage.

The movie is based on the novel by Wada Ryo and is directed by Nakamura Yoshihiro. The film will open in summer 2017.