English actress Lily Collins was in Japan this week promoting her latest film “Love, Rosie”.  At the premiere, held at the Harajuku Quest Hall, she was joined by fellow actress Ayame Goriki.

The two girls instantly complimented each other on their fashion choices for the night. Lily wore a striking bright orange strapless gown, while Ayame donned a chic white mod shift dress. Lily has visited Japan before for private holidays and is always extremely impressed by Japan’s ability to cherish their history and tradition “The beautiful coexistence of past and present is tough to find nowadays”. Prior to the premiere Lily spent the entire day shopping at the iconic “Laforet Harajuku”, enamored by the unique style and numerous shops that can only be found in the famous fashion district. Lily had some free time the day after the premiere and excitedly told reporters about her plans to explore more of Harajuku and visit Meiji Shrine.

When asked about the film Ayame gave rave reviews. Her favorite aspect of the film was being able to see the protagonist grow up, and how she becomes stronger as a person the older she gets.  “Love, Rosie” is about two childhood friends who eventually start to develop feelings for each other. It’s based on the 2004 novel “Where Rainbows End” by Cecelia Ahern.

“Love, Rosie” will be released nationwide in Japan December 13th. 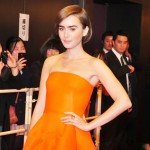 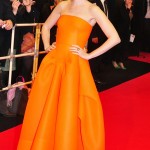 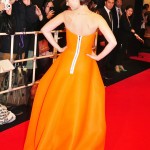 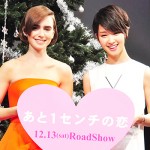 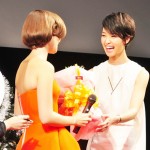 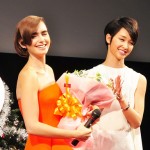 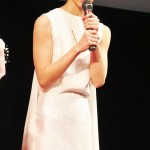 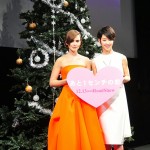