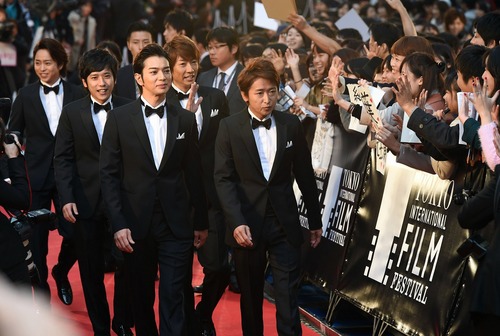 According to Variety, in a speech without notes, Prime Minister Shinzo Abe identified detailed elements of the festival program, pitched Tokyo as a gateway to Asian cinema, and personally welcomed U.S. animation icon John Lasseter. He also repeated the country’s ‘Cool Japan’ culture and tourism pitch and joshed with five part boy-band Arashi, who were dressed like the PM in sharp, dark suits. “I hope some of their popularity rubs off on the government,” he said.  He added, “I want the Tokyo International Film Festival to develop into the film festival of Asia.” 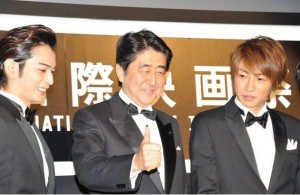 Arashi came as a surprise guest to keep their fans from overwhelming the venue, and is appointed as special ambassadors of the event. The group drew the largest screams from the audience as they made their way through the red carpet. They opened the event by declaring it “NOW OPEN” in English. Aiba Masaki will be back on the 26th to attend the world premiere of his movie “MIRACLE: Devil Claus’ Love and Magic”. 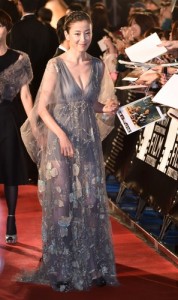 The film festival is giving a heavy focuses on Japanese animated movies as it showcases the works of director Hideaki Anno, widely considered the natural successor to Oscar-winning anime master Hayao Miyazaki. TIFF will show 53 of Anno’s films, which makes up around a quarter of the entire festival’s content and including those from his smash sci-fi series “Evangelion”, throughout the run of the festival.

Disney’s animated superhero comedy “Big Hero 6”, which tells of the crime-fighting adventures of a Japanese boy and his robot, will also make its world premiere at the festival. John Lasseter, chief creative officer at Walt Disney Animation Studios attended the event saying “I consider Japan to be a special place” and that “Tokyo was a huge inspiration for this film”.

Nearly 370 fests guests and celebrities walked the red carpet. Other guests include filmmaker Tim Burton while “Guardians of the Galaxy” director James Gunn is among a panel of six judges for the Tokyo Grand Prix.

The 27th TIFF will run until October 31, with 15 films in competition and nearly 200 screening in total. 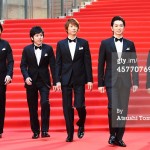 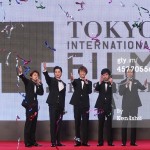 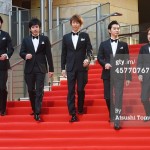 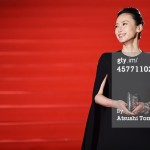