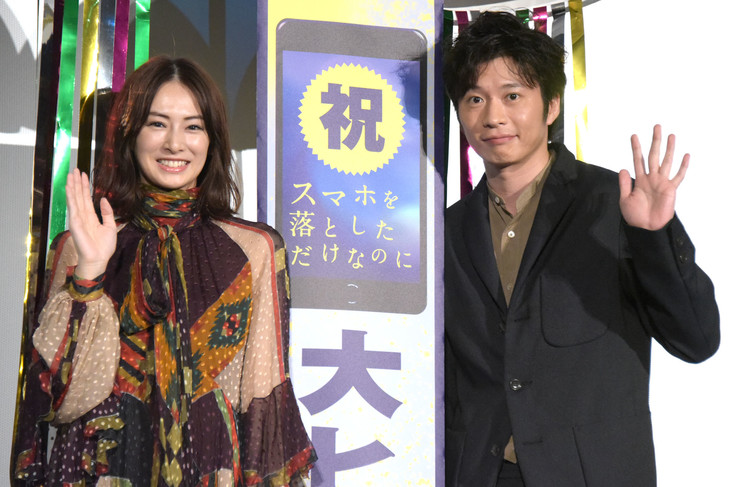 A thriller, the film is originally based off of the 2017 novel of the same name by Akira Shiga. Kitagawa plays the lead role of Asami Inaba, a temp worker at an office. One day her boyfriend Makoto Tomita (Kei Tanaka) leaves his cellphone in a taxi, after that mysterious things keep happening to Asami.

Her credit cards begins to rack up charges on purchases she never made, and she’s gets embroiled into a serious criminal case. With fears of her and her boyfriends identity being stolen, she attempts to set things straight.

The film was released on November 2nd, 2018 almost hitting the top spot at the box office, barely losing out to the Marvel film “Venom”. The following week “Stolen Identity” managed to stay in the top 5 coming in at 4th at the box office.

Kitagawa and Tanka formed a very close friendship when working on the film together, at the press conference the two were all smiles as they constantly joked around with each other.

When asked if he was shy doing kissing scenes, Tanaka stated that the whole atmosphere surrounding the filming was great. This was mainly thanks to staff and “Keiko-chan”, since filming was going so smoothly he didn’t feel nervous or shy at all.

The two then talked about a surprise encounter Tanaka had with Kitagawa’s husband DAIGO. Tanaka and DAIGO ran into each other at Kobe, where they took a bunch of “two-shot” photos together. They also joked that if the film does well, perhaps they will get a salary rise.