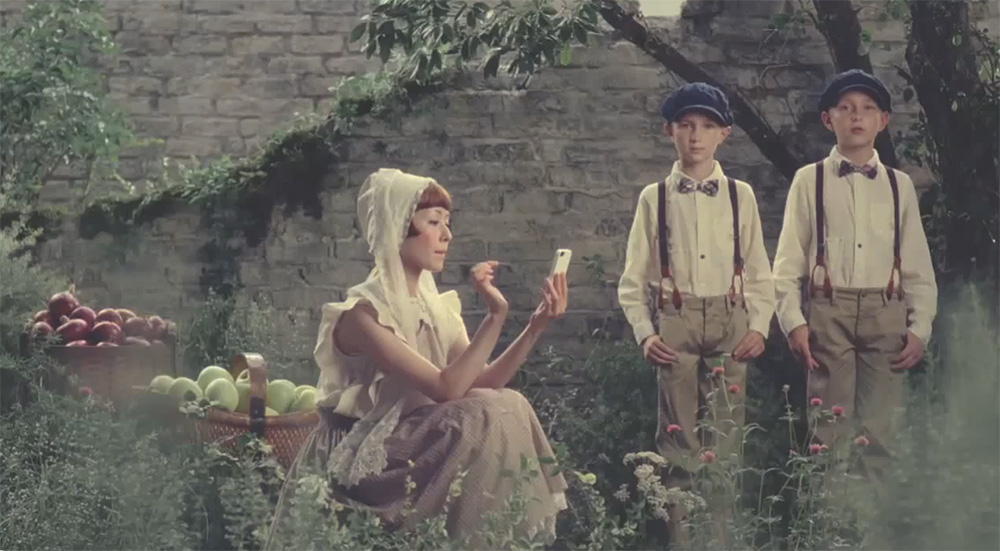 If you ever wanted to play a game extremely similar to Candy Crush, from the same developer just replacing candy with crops, then this is the game for you! In the game, you have a set amount of time to match up three “cropsies” and progress with the option of buying boosts and purchasing upgrades with in-game currency or your real life money.

A gripping tale filled with suspense, Kaela is in slow-motion slacking on her real life apple-picking, preferring her digital crops in Farm Heroes. In the shorter version she is joined by two young white boys singing an a capella tune.

JijiPress has an exclusive behind the scenes look and interview with Kaela.