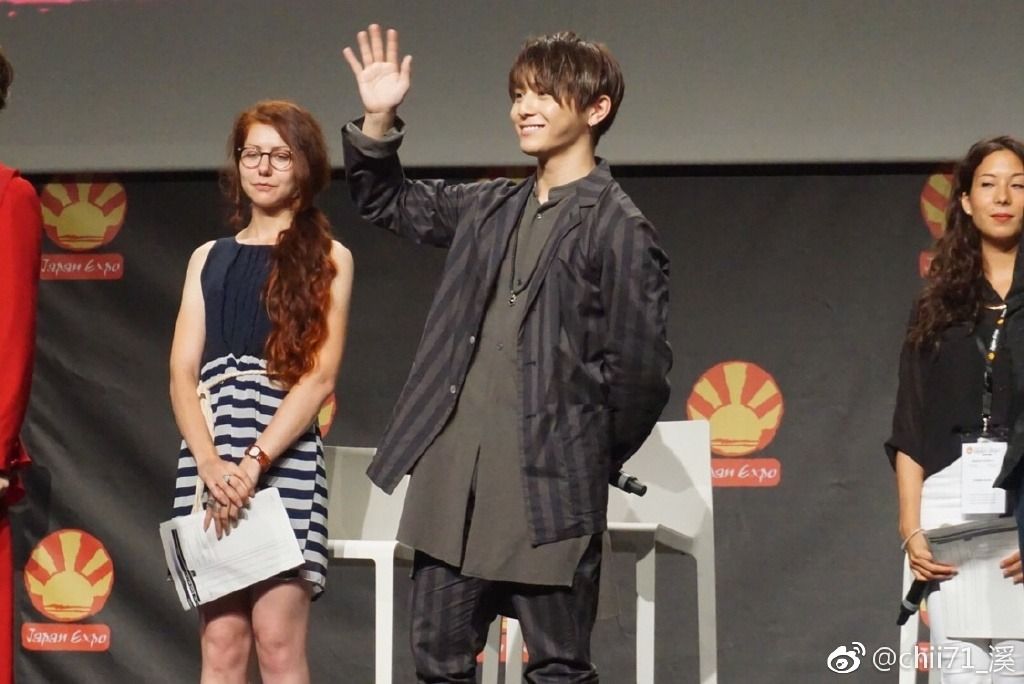 One of the highlights of the events is an exclusive 5 minute footage, which debuted to viewer acclaim as fan-favorite characters and scenes were previewed, including an emotional fight scene between the brothers. No new images or trailers released yet but the next fan event with the cast and anime voice actors to be held in Tokyo on July 12 might change that. A fan asked if the other characters not shown in the footage will be shown in the movie, to which the director answered “Look forward to seeing them in the movie, but also look forward to Part 2” hinting at a possible sequel.

During introduction, the crew introduced themselves in English and French. Except during the exclusive footage preview, the fans and press were allowed to take pictures and videos. So take a look at some of it below!

When Yamada was offered the role, he thought that it was really cool being short. He noted that one of the hardest parts was acting with CG-animated brother Alphonse, as he had to imagine their interaction and create their famed brotherly dynamic out of nothing. On set, Yamada also displayed how he re-enacted Ed’s “comical run”, leaning backwards as opposed to normal running. He went straight on to the concerns of many by sharing some fear that was always in the back of his mind, that Edward Elric isn’t exactly a Japanese character. He asked the audience after watching the film’s footage if anything looked “weird.”, which was met by a resounding “NO!”

Currently, Fullmetal Alchemist is the longest VFX production and holds the highest amount of cuts in a Japanese film. Director Fumihiko has long dreamed of creating a visual effects heavy film in Japan comparable to Hollywood but needed to ensure the quality of technology they currently have. As such, Fullmetal Alchemist live action languished in development for 10 years as he felt the technology was not advanced enough to create a live action film worthy of the original series and instead, dedicated his time to working on improving visual effects.

In 2015, Fumihiko re-developed the pilot for the film, taking a whole year to create a computer-generated Alphonse model. By the time it was done, creator Arakwa Hiromu remarked that the level of quality blew her away. “The surface of the armor reflects the surrounding scenery, and you can even see the texture of the materials.” With that, Fumihiko created the first Japanese live-action film virtual character with that level of realism. His attention to detail continued into filming of the actual film, enlisting the help of Italian national railway operator Trenitalia to borrow a 100-year-old steam train and actually have it run on tracks for the film.

Yamada did 100% of his own stunts and Fumihiko shared a memorable scene where Yamada had to jump really high and they had the stuntman do practice run first but it wasn’t all that good. They told told Yamada that he should practice, but he was like ‘I don’t need it.’ He took about a 25 meter running start and just jumped. It was a perfect one shot. The director joked “Even Tom Cruise couldn’t do that.” 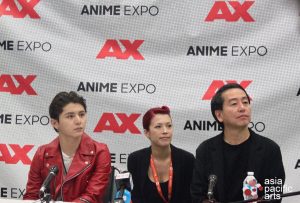 Which scenes were the most work for you?

Yamada: I put a lot of work into every scene, but especially the scenes with [the fully CG] Alphonse.

What is the biggest challenge in blending 3D animation and live-action in a film?

Sori: Obviously the visual effects in Japan are getting much, much better, but the most important part is the acting connecting with the 3DCG animation and with the live-action actors. In the scenes with Alphonse, we had an actual person there so that Yamada could connect with him.

Do you think that live-action offers something different than animation, and what would that be?

How did you get in the mindset of playing a character that’s experienced so much tragedy?

Yamada: For preparation, I obviously studied a lot of the anime and manga but I also took a lot of people’s input and just let it come to me.

Sori: There really isn’t too much of a difference between the two. While Fullmetal Alchemist is much more visual effects heavy, both are very story driven.

How does working on this film compare to working on the live-action Assassination Classroom film and can you compare Edward to Nagisa?

Yamada: Both works are from anime and manga but they are just so polar opposite characters. Nagisa is much more quiet and shy while Edward is much more manly, and outgoing.

How do you balance your work as both an idol and an actor, and will you pursue more acting roles in the future?

Yamada: You have to be careful when you’re both a member of an idol group and pursuing acting, but I would like to continue to pursue acting in the future. I have nine idol group members and I’m very grateful of that so that I can balance out doing everything I would like to do.

How do you manage to express yourself artistically within an adaptation of anime and manga?

Yamada: I feel like I got to express myself fully and I even got to know a part of myself that I didn’t know existed before.

Sori: It’s very hard to balance action, visual effects, drama, and all those components. I feel like through this film I was able to achieve that to do what I wanted.

Do you have any rituals you do to get into the character of Ed?

Yamada: For characters that are dark or sad, I’ll go into a corner or somewhere alone and take a minute or two to detach myself before coming back.

What are some of the differences between shooting in Europe and Japan?

Yamada: In Japan, it isn’t unusual to shoot all day, from morning until night In Europe, it is not that way and the staff was surprised to see that as well.